A new normal in challenging times: Euroradio Summer Festivals draw to a close this weekend 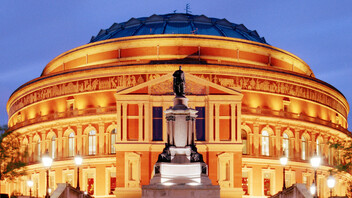 No doubt about it: since being launched over a quarter of a century ago, the Euroradio Summer Festivals (ESF) have never known a year like 2020.

The good news is that amidst all the programme changes, postponements and cancellations, EBU radio organizations were nonetheless still able to offer each other high-quality classical musical events. Indeed, broadcasters went the extra mile to make available not only 132 live concerts, but also treasures from their archives (222 concerts) through extension of rights.

Among this summer’s highlights was the Lucerne Festival, of which Swiss broadcaster SRF 2 Kultur offered five concerts live, among them the opening concert on 14 August with Martha Argerich and Herbert Blomstedt (ER/2020/B4/09). After cancellation of the original programme, there emerged a new, ten-day stellar Festival with a focus on musicians who live in Switzerland. Among them were Martha Argerich, Herbert Blomstedt, Cecilia Bartoli, Valentine Michaud and Mauro Peter. Moreover, there was the opportunity to feature the Lucerne Festival Orchestra in a smaller formation as well as to call upon the Lucerne Festival Alumni. The protective measures for a maximum of 1,000 concertgoers in the hall were well received, and the artists’ joy at being able to perform live was felt by the audience. Festival Director Michael Haefliger says: “Under its motto ‘Life is Live’, the Festival proved a huge success, with an 87% occupancy rate. And it was fantastic that international music-lovers could share many of these unique concerts via radio and television.”

For Radio Romania Muzical, it was also an unusual summer, of course. “But,” says Cristina Comandasu, its Manager, “because we believe that nothing compares to a live concert, we had our own production for the ESF (ER/2020/10/01): a concert on 20 August at the Radio Hall by the Romanian Chamber Orchestra, conducted by Cristian Măcelaru. Broadcast live by Radio Romania Muzical and on Facebook, it was a major success, with 12,000 people watching online – 12 times the audience at our Radio Hall. And from the ESF, we will take live the whole Beethoven marathon by the Danish Chamber Orchestra under Ádám Fischer, offered by DKDR.”

Perhaps the best indication that Europe’s musical life goes on, no matter what, is the broadcast on Saturday, 12 September of the traditional Last Night of the BBC Proms (ER/2020/74/14), taken by around 20 EBU radio organizations.  Noting that “these extraordinary times show that we need music and the creative industries more than ever”, Proms Director David Pickard adds: “It hasn’t been easy trying to condense what is normally eight weeks of Proms into just two weeks of concerts. But we are delighted to be able to offer to EBU radio organizations programming featuring all the BBC ensembles as well as the Orchestra of the Age of Enlightenment, the London Sinfonietta and many more. From Mitsuko Uchida and Sir Simon Rattle to Sheku and Isata Kanneh-Mason, from Nicholas Collon to Anoushka Shankar, there is something for everyone during these two weeks of live performances broadcast from the Royal Albert Hall. To know that, against all odds, these concerts are once again being heard as part of the Euroradio Summer Festivals by millions of listeners throughout Europe makes our efforts truly worthwhile.”