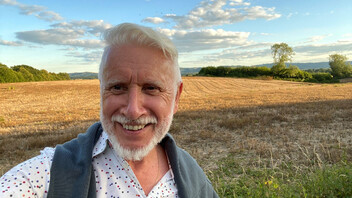 This week, the BBC Symphony Orchestra takes its listeners on a trip through its nine decades of music-making. The concert is available in MUS as SM/2020/09/38/01. Paul Hughes, General Manager of the Orchestra and Chorus since 1999, talks about the opportunities and challenges for a radio orchestra in the 21st century.

Q: Your Chief Conductor, Sakari Oramo, calls his work with the BBC Symphony Orchestra "the most exciting artistic partnership" of his life. He notes in particular the content-rich programmes, juxtaposing masterpieces and exciting, lesser-known works. How has the Orchestra's calling card evolved since 1930?

Paul Hughes: Well, I think the mission has remained the same since the Orchestra was founded, which is to bring the neglected and the new, alongside the core repertoire, to the widest range of people possible through broadcasts, and at the highest possible quality. At the time, the BBC was able to obtain that only by creating its own orchestra of consistent, contracted members. If you want to take that mission 90 years forward, it's still pretty much the same. It's just that the range of things that we might now consider is much broader: for example, with conductor Jules Buckley or the singer Lianne La Havas, or the kinds of programmes that we've done with the authors David Sedaris and Neil Gaman, or the collaborations that we've had with sport – it's about an open-mindedness around programming, founded on quality and trust with the Orchestra. So if I suggest to them that we're going to collaborate with Monty Python for their 40th anniversary, they know it's going to be good, and they'll have a good time – and it'll be something distinguished and notable.

Sakari warms very much to that way of thinking and he'll say if he doesn't want to do something. But the ability to juxtapose unusual music, say, bring a piece of film music into a programme because it works, these are the kinds of conductors that we have naturally gravitated towards. And they, in turn, have enabled us to continue to develop the distinctive artistic path of the Orchestra.

Q: You mentioned this wealth of repertoire. The sheer number of premieres, most of them commissions, is astonishing! Virtually every 20th-century and contemporary composer of any note is represented, sometimes by several works, from Vaughan Williams and Britten, to John Tavener and John Adams.

Paul Hughes: We're probably one of the few orchestras in the world who goes through the season plans and says, "You know, there isn't enough new music here, or from diverse composers." So we're the ones who are putting it in, rather than taking it out because people won’t come. So that really is our USP (unique selling proposition), and a very valuable one it is too.

Q: One of the remarkable things is how many women composers you have premiered. Do you see the Orchestra as a groundbreaker for promoting music by composers of diversity, including those of colour?

Paul Hughes: I think we’ve got a long way to go. We’re just really embarking on that particular mission. It’s tremendously exciting not only to commission works, but also merely to discover composers of different ethnic, racial, socioeconomic backgrounds, the voices of today and tomorrow. We want to give them the opportunity to write for the biggest platform there is: a symphony orchestra. The visibility of these composers has to be expanded.

In terms of women, there are composers and non-composers, whether they’re women, or from Mars or green! Compared to the 19th century, when this was virtually impossible, to be a woman composer or conductor nowadays is a viable career option, and that’s simply fantastic. We’ve worked with women composers for many years, like Thea Musgrave and Judith Weir, Judith Bingham, Sally Beamish, and, more recently, Helen Grime and Emily Howard. They’re writing the most exciting music, and not just in this country – look at Unsuk Chin, one of my favourites.

That’s all part of our wider mission. We are uniquely positioned as a broadcast orchestra to do this and to take the risks associated with it in order to move things forward. If we don’t, nothing happens.

Q: So being a broadcast orchestra gives you an advantage there.

Paul Hughes: I think it does. Our relationship with the BBC is part of it, and, through that, with the EBU as well. It means if we don’t have an absolutely packed house because we’re playing a programme of unusual or unfamiliar music, when it’s broadcast, that artistic experience is amplified many times over. Broadcasters take quite a lot of our programmes through the EBU Music Exchange because they consider them interesting and important. The relationship with the EBU is valuable to us on many levels, and not just giving us a much wider audience.

Q: Even with the BBC budget cuts, presumably you don’t have the same financial constraints as other symphony orchestras, which depend on subscribers and ticket sales and wealthy donors. Or is it the same challenge for a broadcast orchestra?

Paul Hughes: The challenges are similar but different, and the BBCSO is certainly not immune from cuts and efficiencies.   Ticket sales are a key part of our earned income but it’s important to remember that the larger part of our audience comprises those to whom we broadcast on various platforms.  Realising our core artistic mission within budget constraints whilst delivering value for money is the balancing act we face on a daily basis.

Q: We hear a lot about radio orchestras being an endangered species. What particular strengths does the public service bring to a performing ensemble?

Paul Hughes: The licence fee system, together with the value the BBC places on its orchestras and choirs, provides a strong base from which can take risks in repertoire and commissioning, and to engage with a wide range of learning and outreach projects, reaching underserved communities. And I would add that the BBC’s further commitment to live music is exemplified by its investment in a new home for us in Stratford Eastbank, emerging from the ground as we speak. The diverse vibrant community around this new jewel of a building is so exciting for us, enabling us to continue working alongside the Chorus, the BBC Singers and our friends at Rock and Pop.

Q: Tell us a bit about the Orchestra’s international profile.

Paul Hughes: The fact that we have those three initials at the beginning of our name does bring us a degree of recognition, especially if  you say, “This is the orchestra that plays the Proms and the Last Night”. Also, if you find the right kind of partners and programmers in other parts of the world, then interesting things happen, for example, the Dubai BBC Proms and the Japan Proms. I love taking a residency where, for instance, you can keep the essentials and values of the Proms while adapting them to the local market.

Q: So the BBC brand does open a lot of doors for you.

Paul Hughes: It really does, and being broadcast on the EBU Music Exchange around the world has just underpinned that and enhanced it. I think it’s important not to be just a “virtual” orchestra that you hear when you turn the radio or computer on, but also to physically see it and experience the warmth that comes across, let’s say, when we were working with Sakari on our tour of Japan. That relationship with the audience was just fantastic!

Q: Both your Chief Conductor and Principal Guest Conductor are Finns. What is this Finnish connection that features so strongly?

Paul Hughes: When I first joined the Orchestra in 1999, it was already working regularly with Osmo Vänskä and Jukka-Pekka Saraste. Over time, it became clear to me that there was something about Finnish artists and music and composers that chimed with our musicians. So that relationship grew and developed. When we were looking for a new Chief Conductor after Jirí Belohlávek, Sakari Oramo came to be part of a Sibelius cycle. That was in October, and by December, we had gotten “married” as it were. Normally, I wouldn’t suggest marriage after the first date! But I knew from the feedback I was getting from the musicians that there was something extraordinary going on. Similarly, with our Principal Guest Conductor, Dalia Stasevska, something really special happened when we did those two concerts in the studio with her. I had musicians coming up to me afterwards and poking me in the shoulder: “You should get her!”

As for Finnish composers, aside from Sibelius, with whom we have a huge affinity, there is also Esa-Pekka Salonen, Magnus Lindberg and Kaija Saariaho. We have played their music time and time again over the years because it fits us neatly. It’s a sound world that we know and we get.

Q: What about contemporary British composers? Do you consider that part of the Orchestra’s mission?

Paul Hughes: Well, the BBC has said for years: “We bring the UK to the world, and the world to the UK”. It may not be a formal responsibility, but it’s a duty and a pleasure to give our national composers the platform. There are just so many of them! It’s wonderful to see the Orchestra working with young composers in the Proms Inspire scheme, for those aged 12 to 18, giving them an opportunity to see what an orchestra can do, to chat with individual musicians and find out how you do certain things, how to write a certain passage, show you a particular effect on an instrument.

But I’m also mindful that we live in an international context. Since we started in 1930, we have brought some of the most distinguished overseas composers to the UK, whether it was Hindemith or Webern or Berg who would come and conduct, or Stravinsky and De Falla and Poulenc – it’s an extraordinary history, and it continues!