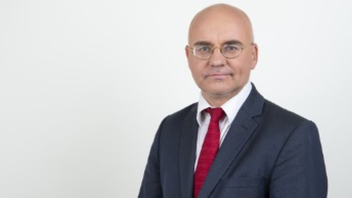 In the first of a series of interviews with leaders of EBU member organizations, we talk to Erik Roose, Director General of Estonia’s ERR, on the challenges and key learnings of the last months.

Covid has changed our working life. How has your communication with employees changed and how has it impacted your day-to-day work?

Day-to-day work became really complicated when Covid first broke out and called for some fundamental procedural changes. I quickly decided to empower team and department leaders and, in parallel, set up new collaborative solutions to share information, including weekly Zoom management meetings.

We also made changes at Board level, moving from weekly to daily morning meetings that I extended to a broader team to cover key topics, from work arrangements to programme cancellations and health and safety issues. In this way we reached out to all branches and were actually even more aware of what different departments were doing and planning than before.

Weekly management meetings have allowed us to change smoothly and quickly against a backdrop of heavily increased work. For example, we practically doubled news coverage on all platforms, adding news at midday every day from the second week of March in both Estonian and Russian. We badly needed staff in the news department and were able to switch staff from sports where activities were reduced by the suspension of live sport. This switch of personnel was an exceptional experience, which we would not have gone through in normal circumstances. The feeling that we are all in this together generated a remarkable team effort! Even the trade unions were completely aligned and had no questions.

For the vast majority of staff, mutual communication, trust and cooperation have improved remarkably.

Was trust crucial for creating this special relationship with staff or there were other elements in play?

This is exactly what happened. For the vast majority of staff, mutual communication, trust and cooperation have improved remarkably.

If I may make a comparison, it was a bit like in the US Army. On the ground, middle level managers or middle level officers always take the local decisions. This is because they have the most reliable and fresh information and are able to make quick decisions. So, we kind of copied this logic.

In addition, from the third week of March, I started to write personally to all 700 ERR staff every week. I have been absolutely open on the problems faced, how we have addressed them and adjusted and what we expect. It was very personal and basically the first time ever that everyone was in touch with management and leadership on a weekly basis. From number one to 700 employees - everyone was on the same level, with no classified information. This way we avoided problems normally created by a lack of information, or the belief of a lack of it, and there was a much more open connection than we have ever had before.

We had to be on air whatever it takes, whatever it costs – this was a kind of guarantee to society

What changed in the decision-making process and in setting up priorities?

We had to provide a clear framework and introduce restrictions. We decided to restrict access to our building and kept records of everyone entering. In the event of anyone getting infected, which luckily has not happened, we could trace who was the person, with whom he/she was in contact. We also restricted external access to our restaurant facilities and conference rooms. I’m convinced these restrictions minimized contacts.

The only exception was for the news department where people continued to work in the newsroom. We realized they would not be able to produce quality information working remotely and they needed to work together as a team. We had 10-15 people around the table on a daily basis in the newsroom. They were strongly advised not to go anywhere in the city except their homes and not to take public transport. It was a kind of a volunteer isolation to minimize contacts.

Programmes had to stay on air - this was an absolute necessity. Whatever it takes, whatever it costs, we had to be on air. There was a kind of a guarantee to society and the public that if ERR is working there is some kind of certainty and not a chaotic situation, at least not in the public information sector.

You must avoid micromanagement. You must empower your managers but give a framework.

What were the key learnings?

A key learning is to avoid micromanagement and provide a kind of umbrella logic. You can give quite big rights and powers to managers, but you have to give them a certain framework, goals, and restrictions. For example, we had to have additional news at midday, followed by news and daily broadcasts till the evening. This was a clear goal and the team had to focus on delivering it.

Another key learning is the importance of engaging everyone. For example, maintenance and deep cleaning was a big burden during the crisis, with cleaning staff on three shifts a day. To alleviate this, we asked everyone to clean his or her desks before leaving - a simple request that turned out to be very useful.

Minimizing risk is another key point. While people were tired of being isolated, especially young people, we really tried to minimize all outside contacts. It was pure mathematics – the fewer people you meet, the less the risk of infection. In this way working intensity did not drop too much. We managed to get through spring without any infection at ERR - not even in the families of employees. We only cancelled big shows that demanded significant numbers of people in studios.

ERR's importance in society increased heavily. We practically doubled the audience of our web services and saw significant increases across all news, both radio and TV. From a journalistic point of view, it has been an amazing time to be in the public media business.

You managed to launch your Jupiter VOD platform in the middle of the crisis. How did you manage?

This was a result of work carried out over a long period. The team of developers and IT specialists had already been working remotely for some time and COVID-19 didn’t harm their progress too much. We managed to launch the Jupiter VOD platform at a time when people had to stay home and wanted new content and new services, so we experienced a rocket launch of Jupiter by pure chance.

Now we have this experience we could apply it quite easily. If it is needed now we know that switching to home working takes two to three days.

ERR’s ETV channel is Estonia's most popular media brand according to Kantar Emor’s latest audience research. How do you explain this success?

I think the answer is a combination of COVID-19 and hard work. The truth is that in turbulent times brands with high trust and trustworthiness come out the strongest. Even people who never consume serious news but prefer celebrity media switched to ERR because we are considered to be a reliable source with reliable editorial teams, and if everything is right then you just go for it.

However, we remain cautions. Last month, local private media in Estonia filed a complaint with the European Commission, claiming we have strengthened our position too much and receive too much funding. It’s a similar situation to YLE in Finland and LRT in Lithuania, so we’re discussing with them and evaluating with legal experts, as well as with the EBU. I absolutely do not agree with these accusations. But it’s a free world. We live in a democracy and everyone can complain.

What is the biggest challenge you expect in the near future?

As I speak, in October, I still do not have clarity on ERR’s budget for next year. I can presume it will be relatively on the same level as this year, but I do not have a figure. Technically speaking, I do not have any funding from 1 January, at least officially. This must be solved within next few weeks but is the situation now. Economically, there is a very big hit to the private sector, including commercial media who have taken a hit on advertising. This adds to tension in the market and is a big challenge. Politicians are vulnerable in this situation and often don’t know how to react.

Is there anything you could have done differently?

It was absolutely necessary to have more news bulletins, not only for Estonian speaking audiences but also Russian. We introduced additional news for two months and later switched to live broadcasting of press conferences of the Health Board. We still cover them today on the web. What we are experiencing today is fatigue with COVID-19 news. The balance of news was and still is a challenge.

Another thing – maybe we could have had more questions from viewers and listeners. While we implemented some new formats, we lacked time to communicate enough with our public. We used our knowledge and experience but could have made better interaction with the audience and helped them feel more that they have a say and an influence. It is important to keep close to the audience and give them a voice on our channels.

What has been your greatest success? Is there anything you would emphasize as a mark of your leadership?

We all know the famous quote when the Chinese were asked about the French revolution two centuries after it happened and said it is too early to say. Maybe in six months or later I could say, but now it is too early.

The economy and society are much bigger, much more complex than our daily work. We have to be thankful that we haven’t been harmed, and were able to successfully do our job.

This was a first warning. It was short enough for our psychological, financial and material reserves to resist although some staff have started feeling signs of burn out. If it repeats or if it will be much longer, for instance 12 months, it will be a new challenge.

But PSM have proven their role in society?

Absolutely. I hope that the European Commission realizes that this has been a unique case study. The concept of PSM is absolutely necessary in society.
I hope that it will be accepted by politicians and stakeholders and could consolidate the success of PSM throughout Europe. 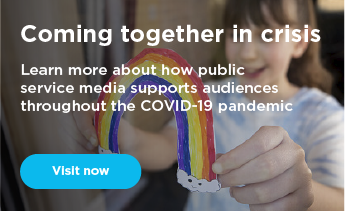