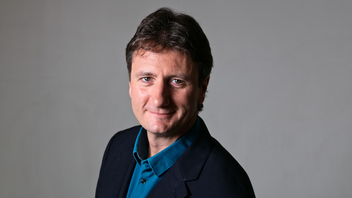 How has the pandemic impacted RTVA?

There is a rich audiovisual offer in Andorra with hundreds of channels available and content for all audiences, enabling the significant international community to access content reflecting their country of origin, be it France, England, Spain, Germany...

What has changed during the pandemic is that Andorran audiences have turned to RTVA as their go-to media providing timely and trusted content on the pandemic in our country. Viewers in Andorra are seeking local information and need to be aware of what will affect their day-to-day lives including ongoing decisions by the Andorran government. RTVA has been the only channel informing citizens and I believe we have done it well! It has been a challenge and at the same time an incredible experience. We are in continuous flexible decision-making mode while giving answers to our viewers. And this has been positively reflected in the trust of our audiences.

Media consumption in Andorra is similar to Catalonia or Spain, with Telecinco or Tele 3 always in the top three of ratings. For many days over the last few months, RTVA, which is usually in sixth or seventh place, has been the first choice for audiences during news bulletins, and this is a big area of satisfaction for us.

How has the crisis changed your day-to-day management at RTVA?

On the phone 24/7! And most importantly, a direct and immediate communication with the government, which is essential. The workload of the parliament has been intense with many regulatory changes in a short period to deal with the day-to-day situation. I have always been able to lead and manage RTVA independently. As a public service media, RTVA is exposed to external interferences, as we see elsewhere – no need to hide that. Throughout all these months, cooperation and information flow with the government has been fluid and transparent.

RTVA has also had a crucial role to play with other sectors including associations, sports and culture which sought support to inform society and explain critical issues and measures impacting citizens.

We all talk about COVID these days because our lives are so impacted by it. Today it's difficult to even talk about football. And in this context RTVA as a public service has taken the natural lead on analyzing what is happening in our society and informing citizens. RTVA has been "used for purpose" and I believe this has strengthened our value.

What other takeaways would you highlight?

This may sound very personal, but when I joined this organization, one of the first things I wanted to do is exactly the opposite of what other channels were doing, which is to focus on Andorra, talking about Andorra.

As I said before, we are the only channel informing about our country. This means we had to make choices over fiction and entertainment content...to focus on information of national interest.

At RTVA our traditional audiences come from a specific segment of Andorran society, adults over 40, with traditional roots in the country and a clear interest in what happens in Andorra. But some other communities in society were not engaged. In the misfortune of the pandemic, our model has been endorsed and we have gained prestige as a reference for quality. No one doubts today the essential role that public service media has in Andorran society. And I have no doubts RTVA’s role is here to stay.

How have you been able to maintain your operational capacity with the ongoing restrictions?

Social distancing has been the most limiting restriction for us, particularly affecting our newsroom, where we have to keep one and a half metres or two metres between staff.

A newsroom like ours, with capacity for 40 people, can now only fit 20 and this is a challenge. The other challenge is the massive restructuring of staff schedules and planning, which has affected the private lives of our staff and our operational capacity.

This has been extremely difficult for our team since last March and I knew we could not continue like this in 2021. It would have been a killer, so we have had to look for alternatives and solutions.

The only alternative for us was to find more space outside our facilities, so we have rented a floor in another building to create a second newsroom from scratch. This new space will have the same connectivity and technical facilities as our existing one at RTVA headquarters and this will allow us to maintain our operational capacity by splitting the staff.

The challenge will not be the technical staff but surely communication between split teams. This will be crucial and key to maintaining our capacity. We will closely watch how teams work, communicate and coordinate in order to have as much normality as possible.

I believe that with this solution we have found the key to returning to where we were before March last year, with a different physical approach, but with the same production capacity.

We have a very busy 2021 ahead. Andorra will host a stage of the Tour de France, the ISMF ski world championships in February, and the Ibero-American summit in April, with the attendance of heads of state including the King of Spain. We’ll also host a Cirque du Soleil show, which is a key attraction for tourism. All in all, we have stretched ourselves over the last year and we will continue to do so in 2021!

RTVA is currently in the onboarding process with the EBU to connect to the Eurovision News Exchange. What does this represent to you?

This is a project I am really excited about. When I was appointed Director General of RTVA, we had subscriptions to different news services like Reuters or Atlas. We were getting the same news items as any other channel from these services, which didn’t make sense for me as RTVA would broadcast an item on Lebanon, for example, that was exactly the same as on Telecinco, at a substantial cost. My view was that this investment should be made somewhere else. I decided to reduce international information from our news bulletins because there were many other channels broadcasting in Andorra that already offer this content. This was not our role, and so we invested our resources differently.

The EBU has opened this door for us as a consequence of the revision of the membership fee model. This places RTVA in a fair and more balanced place together with the rest of Members. We will now be able to have access to news items from EBU Members that follow the same standards of rigorous quality and style.

And this is a door that opens from two sides: First, because the information we can offer is distinctive from other channels in Andorra. And second, because it is an opportunity to explain Andorra to Europe. Our colleagues among the EBU Members will have the editorial choice in their channels, but we are going to try and explain Andorra to Europe by delivering news items to the other Members of the EBU, and this is a very interesting opportunity for us.

What would be the impact for RTVA of an Association Agreement between Andorra and the European Union?

I was appointed as the "chef de file" for annex 11 of the agreement that covers all audiovisual content. This is a very interesting experience, trying to understand the European directives, such as the Audiovisual Media Services Directive, and how to apply them to Andorra.

We do not have a media law in Andorra, but we have many channels broadcasting. European Directives are simple to implement and will place us in the same level in Europe. We will be able to have a framework for content available in Andorra and when content is not compliant, regulatory authorities will have to intervene, be it for advertising issues, kids’ programs or diversity and inclusion, which is regulated by the European Union, to mention a few examples. This is needed.

We are not a member of the European Union but this will no doubt place RTVA at the same level as other media organizations and other industries.

To give you an example, every time I attend an EBU General Assembly I have always had an excellent relation with my counterparts regardless of our size. And with this agreement it will be the same in Europe.

How would you describe your record so far after almost seven years at the helm of RTVA?

A lot of work has been done, although it may not be directly visible on screen, on the radio or on our web portal, including a substantial amount of management work to organize the company and run RTVA effectively in an increasingly regulated world.

And I still have many ideas to further develop our organization!