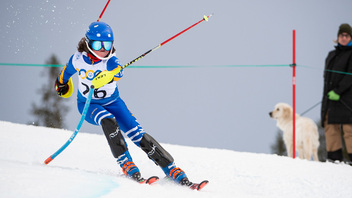 The European Broadcasting Union (EBU) and Special Olympics Europe Eurasia (SOEE) have agreed to form a ground-breaking new partnership that seeks to further propel media coverage of athletes with intellectual disabilities to a global audience.

Eurovision Sport Executive Director Glen Killane said: “We believe sport should be enjoyed by all – as participants or fans. Thanks to our unique network of public service broadcasters, we will ensure audiences throughout Europe are able to celebrate the achievements of the Special Olympics athletes and spread the message of inclusion across the continent.”

With more than six million athletes and Special Olympics Unified Sports® partners (athletes without intellectual disabilities) in over 190 countries and territories and more than one million coaches and volunteers, Special Olympics deliver more than 30 Olympics-type sports and over 100,000 games and competitions every year. SOEE is active in 58 countries, stretching across the continent from the west coast of Ireland to the eastern tip of the Russian Federation.

The aim of the new media partnership is to open up more coverage opportunities with media to showcase the sporting talents of athletes and drive the inclusion message of Special Olympics.

“Our partnership with the EBU represents a significant opportunity to bring the message of our athletes and movement to an ever greater, audience across the world,” said David Evangelista, President and Managing Director of Special Olympics Europe Eurasia.

“This opens up a new platform for our movement, covering close to 90 nations globally, where our athletes’ experience and achievements can be shared and celebrated with greater visibility. This is a powerful boost to our European coverage potential as we look toward the 2022 Special Olympics World Winter Games in Kazan and the 2023 Special Olympics World Summer Games in Berlin.

“Thank you, EBU for joining our effort to bring inclusion the world over!”

Special Olympics in Europe Eurasia encompasses a diverse range of cultures, languages and customs traversing 58 countries in Western, Central and Eastern Europe and Central Asia. From Iceland to Israel, from Portugal to Russia, Special Olympics promotes respect, inclusion and human dignity for people with intellectual disabilities through sports. There are close to 543,000 athletes with intellectual disabilities in the Europe Eurasia region. The next two Special Olympics World Games – World Winter Games 2022 in Kazan, Russia and World Summer Games 2023 in Berlin, Germany – will take place in the Europe Eurasia region, bringing increased awareness and support for our movement and increased visibility for our athletes and their message of inclusion.