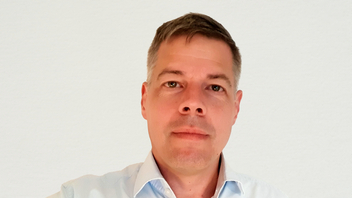 Eurovision Sport is pleased to announce the appointment of Germany’s Adrian Fikentscher to the newly-created post of Director of Acquisitions.

A lawyer by training, Adrian joins from EBU Member Bayerischer Rundfunk, part of the ARD public-service TV network in Germany. He presently serves as ARD’s sports lawyer and as Head of Department for Rights Management and Strategy at ARD/BR.

Adrian’s appointment comes at a crucial time for Eurovision Sport as it seeks to build on recent important sports rights acquisitions and to deliver on its future strategy for ensuring that top sporting events can continue to be seen free-to-air across Europe and beyond, including digitally.

Born in Munich in 1967, Adrian went on to study law at the universities of Munich, Bayreuth and Erlangen in Germany, and the University of California at Berkeley, USA, where he was a Visiting Scholar and Research Fellow.

He has been involved in the sports business since the early 1990s when he consulted on behalf of Olympic athletes, such as Arnd Schmitt, twice Olympic gold medallist in fencing, and Miriam Vogt, Alpine combined world champion, during his legal studies.

He is already well-known to Eurovision Sport, having served as a media and sports lawyer at the EBU from 2002 to 2006.

In his new role, Adrian will report to Glen Killane, the EBU’s Executive Director of Sport, who said: “Delivering an exceptional service for our Members and our partners means we need to have the best people in our team. Adrian will add real experience and talent to our fantastic team in Eurovision Sport.

“We are thrilled that he is joining us to help lead the implementation of our new strategy which aims to develop our portfolio and continue to provide an unbeatable mix of innovative and dependable solutions for our Members and partners.”

Adrian Fikentscher said: “Sports is a core and viable part of public service media and the EBU Members stand for outstanding coverage of outstanding sports events dealing with every sector of sports.

“It is a great privilege as well as challenge to be a part of this and to become responsible for sports rights acquisition for EBU and its Members from 56 European territories reaching an audience of up to 600 million people.”

Adrian is married to Judith Heitkamp, a journalist and presenter at ARD/BR, and they have two boys, aged 12 and 16.