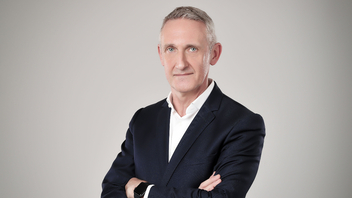 Jean Philip De Tender, EBU Director of Media, is to assume the additional role of Deputy Director General, effective from 1 July 2021. He will continue to oversee the EBU’s Media Department alongside his new responsibilities.

Noel Curran said, “I am pleased that the EBU Executive Board has fully endorsed my proposal for Jean Philip De Tender to take on this new role as Deputy Director General, in addition to his role as Media Director. He will support me in driving implementation of our strategy across the organization as well as representing the EBU at those events and opportunities where we can continue to advocate for public service media and defend the interests of our Members.

“It is clear to me that, in a media landscape that is constantly changing, we need to be as agile as possible in our approach. Shaping EBU Permanent Services towards an impactful service portfolio is a major priority, as is representing the organization with external stakeholders, both on a European and global level. Jean Philip’s broadcasting experience, extensive contacts and understanding of the needs of our Members makes him a natural fit for the role.”

De Tender has been Director of Media for six years, joining the EBU from VRT where he was Director of Television, with a brief to oversee the long-term strategy and vision of VRT’s television portfolio. He will continue to head up EBU Media, a department that encompasses a significant service portfolio across News, Music, Radio, TV, Young Audiences, and Digital. His new title will be Deputy Director General, Director of Media.

De Tender commented, “As both a broadcaster and member of EBU Senior Management, I have been an advocate for public service media throughout my career. I am delighted that, in my new role as Deputy Director General, I will be able to support both the Director General and our Members in intensifying this at a time when the need to promote the values of public broadcasting is more important than ever.”

The EBU will be shortly opening a senior position for the Head of Strategy who will report into Curran with a dotted line to De Tender. All the Directors on the Senior Leadership Committee will continue to report directly to Curran.