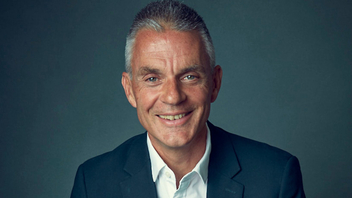 BBC Director General and EBU Executive Board member Tim Davie looks to the future of British broadcasting as the organization prepares for their centenary year. This blog was first published by the Sunday Times on 2 January.

This weekend marks the start of the BBC’s centenary, and with it a year of special programming across all our channels and platforms. We will be celebrating one hundred years at the heart of British national life, but also a century at the core of one of our most precious sectors: our wonderful creative industries.

The UK’s creative sector is an outstanding global success story. It’s a story of a unique and enlightened blend of smart public interventions, brilliant commercial companies and inspirational individuals. It is no coincidence that the UK is admired across the planet for our creativity, our journalism, our storytelling.

From Company to Corporation

The BBC has been an essential part of this story since radio broadcasts first started from Marconi House in late 1922. Back then it was known as the British Broadcasting Company: the leading player in a new era of technology at the dawn of broadcasting. Very soon the pioneers of the time, including Lord Reith, began to believe that this powerful new tool needed to be harnessed in the public interest.

They decided to preserve a few fundamental ideals in this fast-emerging marketplace. Information should be trustworthy. The interests of audiences should be represented. Programmes should not just amuse people but also enrich their lives. Britain’s competitive advantage in broadcasting should benefit the whole country. Critically, Reith believed in setting the standard, and was unforgiving in his desire to lead the world in quality programme making.

As a result, the BBC was transformed from a company to a corporation – with a mission to inform, educate and entertain. Through the decades, no one has bettered that simple summary of its purpose.

A story of innovation, creativity and resilience

Ever since, the BBC has been a story of innovation, creativity and resilience. It has survived crisis, conflict and changing technology. In almost every decade, it has been written off, debated and loved. More than anything, its survival is down to the extraordinary people at the BBC who care deeply about the power of truth and great storytelling.

Our role as an organization solely serving the public has allowed us to take the risks on which innovation in the market depends – from the birth of TV and radio, to the first steps into the digital world with Ceefax and BBC Micro, to breakthroughs like iPlayer which blazed a trail for the global streamers and created a whole new market for video-on-demand.

Today, as the BBC reaches 100, the UK’s creative industries remain some of the most vibrant and successful in the world. This is a sector that, before the Covid crisis hit, was growing at four times the rate of the UK economy as a whole, and across all parts of the UK. It employed over 2 million people and was generating £116 billion in annual GVA.

To put this in context, that’s more than the automotive, aerospace, life sciences and oil and gas industries combined. With TV in particular, we punch way above our weight. Even in the face of the pandemic, UK TV exports made a staggering £1.48 billion worldwide in 2020 – up 6% year-on-year.

Sustained investment in British content is backed by a mix of funding models: advertising, subscription and public money. All this has led to a sector in which talent can thrive. Strong public service broadcasting and a competitive commercial sector deliver huge mutual benefits and complete a virtuous circle of brilliant British creativity. The result is one of the jewels in the UK’s economic crown. It is something that we must invest in and fight for.

Looking to the future

Of course, as we look forward, we must not rest. Not only does the internet age bring huge opportunities for new talent and opening up the national conversation, but it also brings intense global competition, and threats to grown-up democratic debate and objective reporting.

Today, as we follow in Reith’s footsteps, our focus is again on innovation and reforming the BBC to ensure it can keep delivering value to audiences in this new world. This means doubling down on where we are unique and precious: British storytelling, impartial journalism, areas such as education, local news and research and development. These things are made more, not less, relevant by the digital age.

But it also means reinventing ourselves to keep connected to all. We must create compelling digital services, attract the very best talent from every walk of life, understand where the BBC adds value and listen (not just broadcast) to all Licence Fee payers. More than anything we are here to serve, to work tirelessly to offer every single household outstanding value for the Licence Fee.

This is why our centenary year will not be spent looking back, but forward. It will pay tribute to the BBC’s place in our lives, but above all it will be a year-long celebration of the UK as a world-leading creative power.

We can all look forward to a bumper year of special TV and radio programming. It’s a year for joyous events like the Queen’s Platinum Jubilee and the Commonwealth Games, and landmark titles such as David Attenborough’s stunning Green Planet which starts next Sunday. It will be another big year for BBC drama, which began last night with the The Tourist and continues tomorrow with Four Lives. We also have a raft of new and returning shows such as The Responder, Conversations with Friends, Then Barbara Met Alan and Peaky Blinders. And look out for some special centenary programming later in the year.

Beyond this, the BBC has set out ambitious new plans to dramatically shift our footprint out of London and across the UK. We will be visiting schools across the UK in 2022 to inspire pupils to share their stories and follow their dreams. It’s about understanding our audiences better and making sure we deliver outstanding value for everyone. But it’s also about the BBC playing our part to the full in supporting creative growth in every part of the UK and building opportunity for all, regardless of background.

After a challenging period, I hope that 2022 will mark a landmark year for the BBC and the growing UK creative industries. I am proud to be leading the BBC and hope you enjoy the programming.