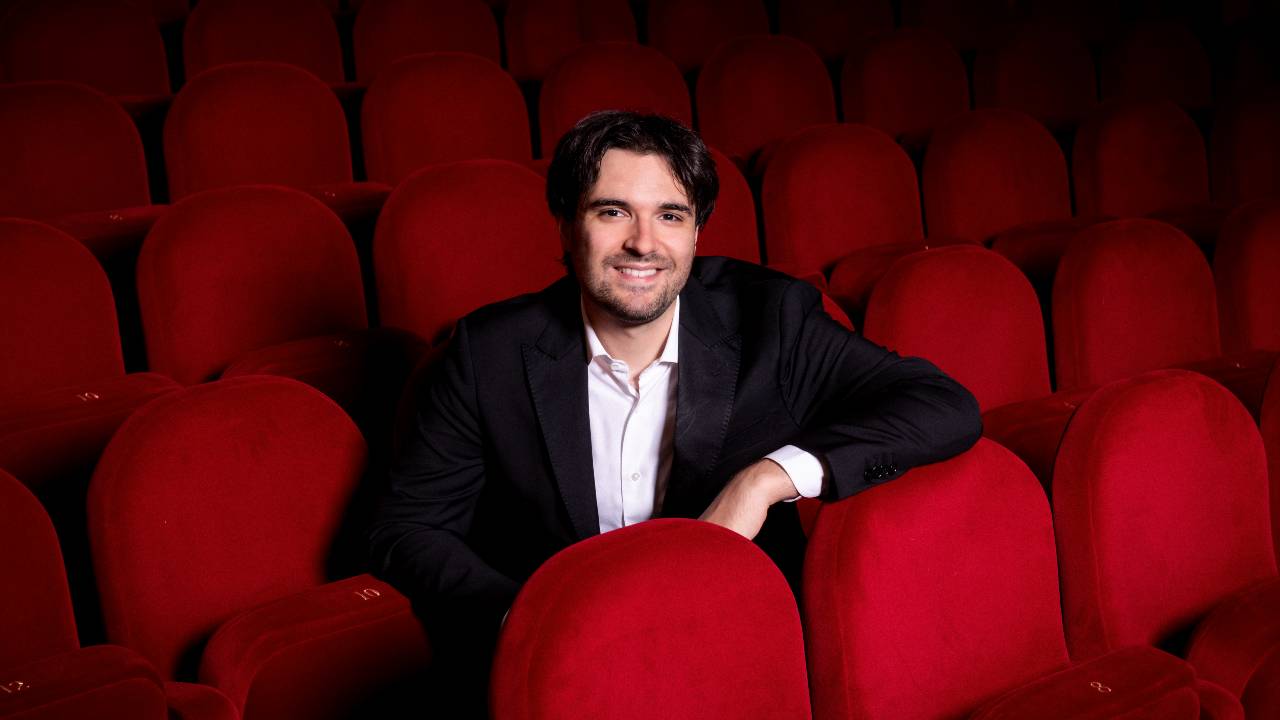 The Early Music Day takes place every year on 21 March, officially the first day of spring and also the birth date of Johann Sebastian Bach. It is a celebration of more than a millennium of music, through concerts, events and other happenings taking place simultaneously across Europe. The 2022 Ambassador of the Early Music Day, marking its 10th Anniversary, is Italian countertenor Carlo Vistoli. We asked him three questions.

Q: What do you recall as the best moment for Early Music in the last 10 years?

A: An important moment for Early Music, and for myself too, in this last decade was undoubtedly the Monteverdi450 tour that Sir John Eliot Gardiner conceived and conducted in 2017, marking the 450th anniversary of the birth of Claudio Monteverdi. Over the course of a few months he presented the three surviving operas by the genius of Cremona in leading concert halls around the world, from London to Venice, from Paris to New York, in a monumental tour (which I’m honoured to have taken part in) in which many wonderful artists paid tribute to this composer. Monteverdi’s fundamental importance for our western musical civilization is now beyond question, and this was thanks also to pioneering work in recent decades by conductors such as Gardiner himself to bring Monteverdi’s work to light again. I think I’ll be too old to participate, as a singer, in the 500th anniversary in 2067, but I do hope to witness it!

How will you celebrate this year’s Early Music Day on 21 March?

This year, on 21 March, I’ll simply be at home, after a long series of performances of Gluck’s Orfeo ed Euridice at the Komische Oper in Berlin, and just before starting a new production of Handel’s Giulio Cesare in Egitto (in the role of Tolomeo) at the Théâtre des Champs-Elysées in Paris – with Philippe Jaroussky debuting as conductor in this new staging by Damiano Michieletto. For that day, we’re organizing a blind test on Instagram which I think will be quite fun. On 15 March, I participated in a live chat with Giulio Prandi, vice-president of REMA, with whom (alongside the Ghislieri Choir and Orchestra) I’ll also have the pleasure of performing and recording some interesting rediscoveries of works by mid-18th century composers from Milan. The focus of the project is Mozart’s stay in this city and, in particular, the 250th anniversary of his motet Exultate, Jubilate in January 2023. Additionally, on 21 March, I’ll be introducing live on-air the broadcast of a Pergolesi and Vivaldi concert I gave last year with the Akademie für Alte Musik at the Essen Philharmonie concert hall.

If as Ambassador of the Early Music Day's 10th Anniversary, you could be granted one wish, what would that wish be?

If it were possible for me to express a wish that defies the laws of time and space, as a countertenor I’d probably ask to be able to take a step back 300 years and return, even for just one day, to the theatrical splendors of the 18th century, when the evirati cantori inflamed European audiences with their eccentric yet so masterfully-controlled vocal skills and contended for primacy on the scene with the prime donne. Anyone who sings in this register cultivates the unattainable desire to be able to listen with their own ears to the voices of Senesino or Guadagni, Nicolino or Carestini: first, in order to witness directly from their creators the roles which we today play, but even more and perhaps above all in order to understand all the secrets of these most mysterious human voices, of which we only have one direct testimony – the recordings made by Alessandro Moreschi, castrato of the Sistine Chapel, at the beginning of 20th century. While these are not devoid of charm and suggestion, in the end they are unrepresentative of the magic exuding from voices two centuries earlier.