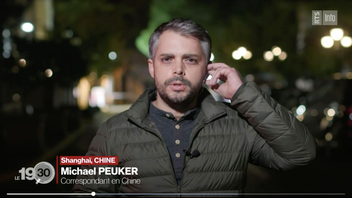 The EBU condemns in the strongest terms the intolerable intimidation and aggression directed against EBU Member journalists and production crews in China.

The situation in China is becoming increasingly volatile with mass protests against zero-tolerance Covid lockdowns. The BBC has reported that one of their journalists in Shanghai, was arrested and beaten by police while being held. A journalist for our Swiss Member, RTS, was harassed while reporting live. Other EBU Member journalists were also threatened and some were prevented from going on air or filming. There has been no official apology from Chinese authorities.

Liz Corbin is EBU Deputy Media Director and Head of News, "The aggression and intimidation of journalists by police and other authorities in China is unacceptable and these latest incidents mark a new low. EBU Members play a critical role in providing the public with trusted news and information, which has already been powerfully demonstrated during the global pandemic, yet the authorities in China have made it increasingly difficult for reporting teams to operate there.

“We urgently call on the Chinese authorities to respect the rights of EBU Member journalists who live and work in China to help foreign audiences better understand what is happening there."

Eric Scherer, Chair, EBU News Committee, added  “On behalf of the EBU News Committee, I would like to express our dismay at the news of the unjustified arrests of several foreign journalists, officially accredited to work in China, during the course of their work. We hope to receive an official explanation of these disturbing incidents from the appropriate authorities, in order to understand how we can continue to guarantee safe working conditions for journalists based in China."