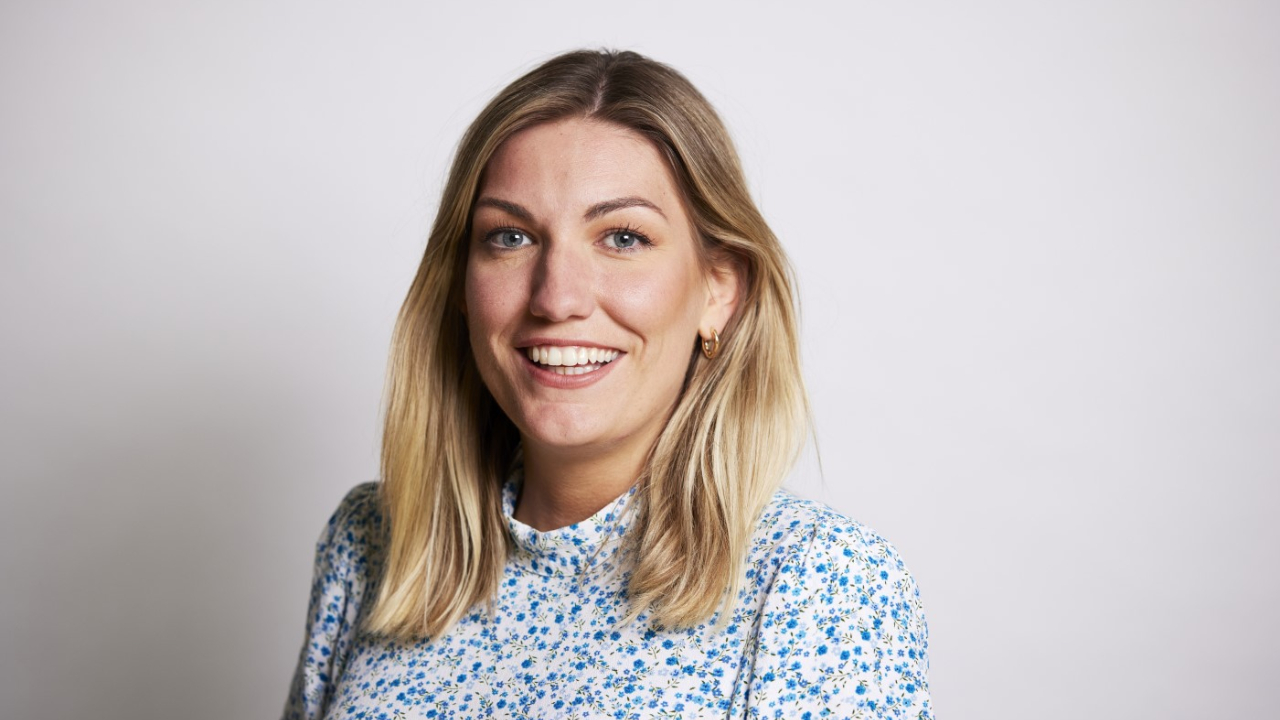 Carys Taylor is the Director of albert, which helps the industry champion climate-friendly storytelling, as well as measuring and reducing its carbon footprint. Taylor used to work at BBC Studios and in the energy sector; she says the media has yet to understand its full potential in pushing for more sustainability. albert is part of the British Academy of Film and Television Arts (BAFTA).

albert is helping film production companies to reduce their environmental impact, in particular their carbon footprint. Among your clients are many public service media. How did it come into being?

Eleven years ago, an engineer at the BBC had the idea they should be recording their carbon footprint, and he designed the original version of the carbon calculator which albert now offers. It was clear that this could be useful industry-wide, and the BBC gifted the technology to BAFTA, so it could be made available without cost. For the first ten years this was an informal project, and at the beginning of 2021 it became a formal subsidiary of BAFTA: that’s about when I came in.

What were your ambitions when you started?

There is an immense – and rapidly increasing - demand for support in the sustainability space. People realise the importance of working differently but are not sure what to do about it. So, this is an opportunity to drive change. I came from the energy industry - National Grid - where I worked on helping policymakers to understand the energy transition. I found there was a massive disconnect between the political appetite to reach Net Zero and the public knowledge (and therefore the mandate) of how to get there.

So, you brought an outside perspective to the table?

In some ways. Prior to this I worked at BBC Studios. Taking on the job at albert, I came back to the film and TV industry with a deeper appreciation of the role it has in enabling audiences to participate in democracy. There is no bigger conversation we need to have as a society than about how to address the impacts of climate change.

Tell us a bit about what you offer to the industry. What are albert’s most popular tools?

We educate, enable, and celebrate. We educate through free training, much of it is online. We have education partnerships with at least 40 universities across the UK, providing a full undergraduate module for students studying film and TV. This way, we generate the talent pipeline for sustainable practice to future-proof the industry. We enable through various toolkits. We are best known for our Carbon Calculator Toolkit, which is bespoke to the industry. It has localised carbon factors for all over the world and has unique benchmarks.

We also established the Sustainable Studio Standard for the physical studio spaces, as well as an editorial engagement tool, which is gamified. It comes up with different reports and insights, showing what audiences would like to see more of and less of. It contains case-studies and little clips as examples. Lastly, we celebrate: we reward best-practice. I’m increasingly talking to award bodies about storytelling awards. Rather than issuing a green award for footprint reduction, which should become standard, it should be about making sure that the story has an impact, even if it doesn’t specifically talk about climate change.

This is what we want to focus on: inspiring audiences, empowering audiences, finding solutions to tackle climate change, making sure that the story has an impact, regardless of the genre. It doesn’t have to be a David Attenborough film to do this.

That should be interesting to many news organizations: How do you measure whether a story has an impact?

That’s a tough one, but we are working on it. We convened the Climate Content Pledge at COP26 last year and now the broadcasters are collaborating on research into the impact of climate content on viewer behaviour. We just welcomed a research fellow on board to examine this in more depth. I think we also need to look at the advertising industry: we can learn a lot from the way they tell stories, the methods that they use that lead to sales.

Could you give us an example?

One example which comes to mind is from the HBO series ‘Succession’. One protagonist, Greg, was disinherited from his uncle’s will, his uncle told him he was writing Greenpeace into his will instead. The next day 20,000 people went online to look up how to put Greenpeace into their will. We can draw on examples from other practices like seatbelt use or drink-driving and study how storytelling led to behavioural changes there.

It's probably difficult to establish causation with behavioural changes.

Yes, we are working on the methodology. First, we need to establish a measurable baseline, developing a catalogue of items or practices that play a role in stories and recording these. Then you could compare, for example: how often have heat pumps featured in films, and how has the demand for heat pumps developed during that period, acknowledging the other conditions around that like tax incentives.

What do you consider great storytelling around climate change?

It is about authenticity and nuance, not necessarily hitting it on the nose. A good story is engaging to a particular audience in its own right. Climate change has affected all of us, so there is, of course, a climate angle to most stories. For example ‘Morning Show’ on Apple, about a morning news magazine, and one of the journalist protagonists gains prominence because of the passionate way she covers the story of a protest at a coal mine. The show is mostly about abuse in broadcasting, so people might not even have noticed the climate aspect but great storytelling means authentically reflecting the world we live in.

You mean sneaking in climate content is possible everywhere?

I don’t like that language; it is not about sneaking, that would be inauthentic. There are opportunities everywhere. Young people are increasingly more aware. Broadcasters want to attract young audiences, but they are at risk of haemorrhaging them, because their content is less relevant.

The interest of the younger generation in climate seems to be obvious. What’s holding broadcasters back?

There is evidence that young audiences are increasingly more concerned about climate change than older demographics. The pandemic has been a tough time for broadcasters and producers, and there is probably a little bit of regulation fatigue. People compare it to diversity and say there’s only space for one issue at a time.  But the reality is, these are related topics which shouldn’t been seen as issues but as opportunities to make better content, which is more relevant to audiences.

You are saying that being diverse and inclusive implies that you tackle the climate challenge?

What are your plans for the organization?

albert has been moving into a new phase, as the demand for our support increases. We doubled our staff over the last 2 years to 15 people, and we are still recruiting. We have had some amazing applications, there are many people with production experience who care deeply, particularly young people. But we need help, also from governments. Green production comes with a huge price tag, but it can have a massive impact on society.

Who are albert’s clients?

We have ten members on our directorate which include the likes of the BBC, Discovery, Netflix, Sky, ITV, and Channel 4. And then we have a consortium which includes about 18 production companies. We are funded by contributions from them so the tool kits and training can be offered free at point of use. They are used by small and large companies all over the world, pretty much in every region. I am really keen that we develop local partners who can deliver local expertise in the native tongue with cultural sensitivity. For example, we shouldn’t go to different territories saying: “Electric vehicles are the solution!”, because the infrastructure there might not be right. If we are developing narratives based on audiences in the West, that is not going to be helpful.

What has surprised you most doing your job?

You can speak to people in our industry about climate content and they will not understand the argument for it. They see climate as niche. Some in the industry argue: “People come to us for entertainment, they don’t want to be reminded of uncomfortable things.” I find it depressing at times that they don’t see the opportunities here.

For those who want to get started fast on the organization side of things: What could be a quick win to reduce emissions?

It is always travel and energy. Do we really need to fly that many people so far? If you want to do something fast to reduce your emissions, switch to green energy and take your staff from business or first-class flights to economy.

There’s probably not that much flying business or even first-class in most of the media industry. Do you and your staff still fly?

We don’t fly domestic, unless there are exceptional circumstances e.g. a rail strike. In the UK we consider domestic flights avoidable. It is obviously different in countries like Australia or America. Of course, we need to be sensible and every situation is unique.

Are you an optimist or pessimist on this kind of change?

I am totally on the fence. I don’t think that we are going to wipe out all of humanity but I am afraid of huge social issues, huge suffering. All of the issues we cover in news: war, famine, mass migration, they are going to get worse without intervention on climate. Traditional warfare is going to be more likely because of increased competition for land and natural resources. On the more optimistic side, there will be more social tipping points. This is where albert comes in. We need to deepen the people’s understanding. They might recycle, yes. But many would never know to look into their pensions and investments, they wouldn’t necessarily consider switching to green energy, they may not approve the wind farm down the road. Our industry can shed a light on these opportunities.

How optimistic are you regarding the media industry specifically?

Yes, I am optimistic that we will meet targets to drive down emissions. But we need to go further in converting enough brilliant, creative minds to shape the debate. When I go to events, I have realized this is still seen as a siloed area. We have a lot further to go on the storytelling side.