From Radio Orchestras to Media Ensembles: Meeting the PSM remit

Across Europe, EBU Members invest considerable resources in the employment of musicians and commissioning new music. These ensembles represent a major contribution to the cultural scene throughout the EBU area. However, in a mixed economy, also comprising independent orchestras and choirs, it is imperative to examine the distinctive positioning of public service media (PSM) ensembles.

Many PSM ensembles were founded many decades ago, when commercial record companies sought to inhibit broadcast of their product, because of the potential effect on sales or concert attendance. Those days are long gone, but music still remains at the heart of radio broadcasting. Ensembles have developed their public offer beyond simply performing the musical repertory, which in some cases could be acquired elsewhere.

They are embracing the PSM ideal of making a societal impact by reaching underserved audiences, encouraging emerging talent, and fostering social cohesion. In short, enhancing the life experience of the widest possible audience. Ideally, the activities of such musicians should be thoroughly aligned with those of the organisations to which they belong, reflected in the EBU Values: universality, independence, excellence, diversity, accountability and innovation.

This report, produced in response to discussions within the EBU Radio Committee, captures the many ways in which performing groups are responding to this challenge, pushing the boundaries in pursuit of these values. It is shared to provide examples of best practice and promote further innovation and initiatives in this sector. At best, these great Orchestras and Choirs can be powerful ambassadors for PSM and its associated values. 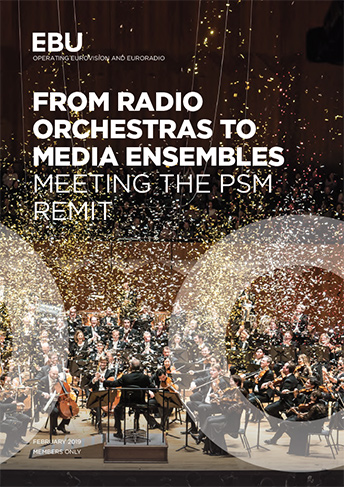