39 countries to take part in the 2013 Eurovision Song Contest 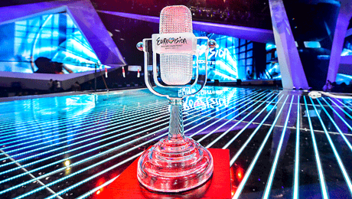 Thirty-nine public broadcasters have confirmed their participation in the 2013 Eurovision Song Contest, which will take place in Malmö, Sweden, on 14, 16 and 18 May.

"Despite the challenging economic situation in Europe, a healthy number of public broadcasters have committed to the long-standing tradition that the Contest has become,” said Jon Ola Sand, the Executive Supervisor of the Song Contest at the European Broadcasting Union (EBU).

The following 39 broadcasters have signed up:

Bosnia & Herzegovina (BHRT), Portugal (RTP), Slovakia (STV) and Turkey (TRT) will not come to Malmö, while Armenia (AMPTV) will return to the contest after a one-year absence.

“We regret the withdrawal of Bosnia & Herzegovina, Portugal and Slovakia, which have all cited economic reasons,” Sand added.

Turkish broadcaster TRT has decided to withdraw, blaming amendments to the rules.

Sand said: “We are surprised by this decision. These changes were made in 2009, and this is the first time TRT has raised an objection. We are keen to pursue a dialogue with the Turkish broadcaster to seek a viable solution.”

The EBU is sensitive to the economic pressures facing its Members.

Contest organizers are constantly seeking ways to cut costs for both participating broadcasters as well as the host broadcaster, and to find ways to make hosting the competition more affordable. Initiatives range from reducing time spent in the host city to negotiating special hotel rates for delegations. Other measures are being looked into for the years to come.

About the Eurovision Song Contest

The Eurovision Song Contest is an annual competition for active Members of the European Broadcasting Union (EBU), represented by the public broadcasters in their respective countries.

The first contest was held in Lugano in Switzerland in 1956. Since then, the contest has become a true European tradition.

News and information about the Eurovision Song Contest is available at: www.eurovision.tv