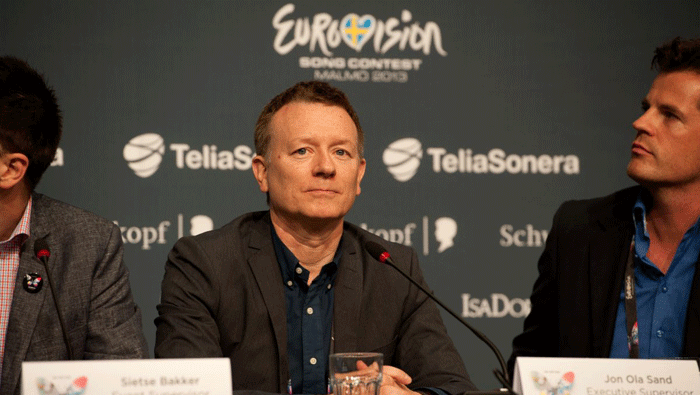 Geneva, Switzerland - "The millions of viewers in Europe and the contestants, who have put heart and soul into their performances, deserve a fair and transparent result," said Jon Ola Sand, Executive Supervisor of the Eurovision Song Contest, in response to media reports that question the integrity of the voting.

On Saturday, hours before the Final, an undercover video surfaced in Lithuanian media, apparently showing how two individuals approached people to cast large amounts of votes in favor of one particular entry.

Sand responds: "We are looking into this case, but would emphasise that the intention of these individuals have not yet been clarified, and nor has a link been established between the individuals in the video and the Azeri delegation, the Azeri act or the Azeri EBU Member Ictimai TV."

The EBU has worked with Digame on the televote processing for nearly ten years. Digame’s platform is built to handle the televoting with absolute professional care, and incorporates systems to detect any attempts at so-called power-voting, where people or systems systematically vote for a chosen contestant. Based on criteria established by the EBU and Digame and overseen by a PwC observer, votes garnered through any instances of power-voting are disregarded.

Azerbaijan to Russia; no points

The EBU also took note of reports in international media of an investigation by the President of Azerbaijan into the Azeri jury and televoting in this year's Eurovision Song Contest. The EBU holds the independence of the professional juries in all participating countries to be of paramount importance.

The combination of televotes and jury votes, each bearing a 50% influence on the outcome, did not result in a top 10 position for Russia in the overall result from Azerbaijan. Therefore, Azerbaijan awarded Russia no points – a result confirmed by a notary onsite, by our voting partner Digame and by an independent observer from PwC.

Sand comments: "The first duty of the EBU, as organiser of the Eurovision Song Contest, is to its Members, the public service broadcasters in the participating countries (Ictimai TV in Azerbaijan). We believe that the Song Contest's apolitical spirit is a cornerstone of its enduring success, and we will do all we can to protect it."

Any form of political pressure on professional juries that could lead to anything other than an independent evaluation of the participating entries is a violation of the Rules of the Eurovision Song Contest, and will be duly dealt with.

"I have been around at the Eurovision Song Contest since 1998, and every year there are rumors about irregularities in the voting. Particularly this year, we felt it was time to firmly deal with these rumors," Sand commented on various media enquiries.

To tighten the procedures, PwC has sent additional observers to broadcasters unannounced shortly before the broadcast, to verify as well if the jury voting is being conducted in accordance with the Rules. A PwC observer has also conducted interviews with broadcaster representatives at the Eurovision Song Contest, to evaluate rumors.

To assure a fair jury voting, judges are asked to sign a document declaring their independency, and are asked to submit details about their professional background. The jury voting is overlooked by an independent notary who confirms to the EBU and PwC that the voting has been conducted in accordance with the Rules.

In support of the fairness and transparency of the voting as one of the corner stones of the Eurovision Song Contest, the EBU constantly evaluates rules and procedures and tightens them if necessary.

Several journalists have asked what the consequences would be in case the Rules governing the voting would be breached.

Dr. Frank Dieter Freiling, Chairman of the Eurovision Song Contest Reference Group, the event's governing body on behalf of EBU Members, states: "Let me be clear on this. If we find any clear evidence that the Rules are being breached, including attempts of power-voting, we act immediately to do what we are obliged to do on behalf of the Members: to protect the Eurovision Song Contest brand."

Based on all criteria laid out in the Rules, PwC confirmed to the EBU the validity of the result of the 2013 Eurovision Song Contest.