Euroradio rings in the New Year with Eurosonic Festival 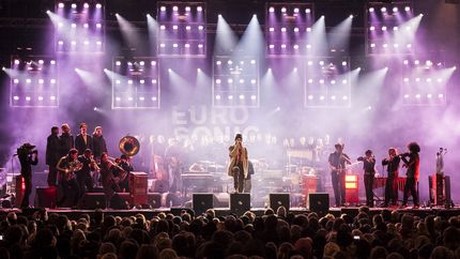 European broadcasters will celebrate international musical talent at the opening evening (15 January) of the continent’s biggest live music industry gathering. The Eurosonic Festival is being held at the Oosterpoort Theatre in Groningen, the Netherlands.

Once again, EBU organisations will be at the heart of the festival, which runs until 18 January with involvement from 26 Member broadcasters supporting 28 acts.

The success of new European artists in selling albums and touring outside their home territory is celebrated at the European Border Breakers Awards (EBBA), which is supported by the EBU and sponsored by the European Commission.

Laurent Marceau, who is in charge of pop music at the EBU, says the festival demonstrates the breadth and depth of music emerging from Europe.

"EBBA is a truly unique show, produced for TV, radio and online," he said. "Over the years, it's showcased the talents of now established artists such as Adele, Mumford and Sons, Selah Sue, Damien Rice, Agnes Obel, Gabriel Rios, The Fratellis, Caro Emerald and Milow."

A live webcast of the event will be available to EBU Members on Euroradio 2See. Find out more about Euroradio's Eurosonic Festival offer.