The European Broadcasting Union (EBU) and ABBA The Museum are excited to announce the opening of a new exhibition, dedicated to The Eurovision Song Contest.

The interactive ”GOOD EVENING EUROPE!” exhibition in Stockholm will celebrate the history of the world’s longest running annual television competition - first held in 1956.

Visitors will be able, for the first time, to delve into hundreds of hours of Eurovision Song Contest shows. Every existing Contest has been digitalized and displayed in a fun, TV-like setting for visitors to access. From the first winner, Switzerland’s Lys Assia in 1956 to Sweden’s Måns Zelmerlöw in 2015, visitors can immerse themselves in 60 years of great performances, nail-biting moments and classic television highlights.

The exhibition offers the chance to sing favourite songs on the Eurovision stage itself as well as see original costumes from selected artists who have taken part in Europe’s favourite TV show over the past six decades.

Local and international guests will be attending the official launch on 7 May 2016 - with the exhibition open to the public the following day. The project has been initiated by ABBA’s Björn Ulvaeus together with the EBU’s Eurovision Song Contest Executive Supervisor, Jon Ola Sand.

“We are really excited to be working with ABBA The Museum on this unique exhibition celebrating 60 years of great music and television,” said Jon Ola Sand.

“It is fitting that, as the Contest returns to Stockholm for the 3rd time, the history of the world’s biggest music event can now be explored alongside that of its most successful winners.”

Björn Ulvaeus added: “The Eurovision Song Contest occupies a special place in my heart. It is a pleasure to be able to display the long and in many ways astonishing history of the largest running TV show in the world, where music is at the centre. And I couldn’t think of any better place to do it than at ABBA The Museum in Stockholm.”

The exhibition is curated by the Director of ABBA The Museum Ingmarie Halling and set designer Bengt Fröderberg together with Anna Söderberg.

“I believe everyone has heard the words ”Good Evening Europe!” coming from a TV set nearby at some point in their lives,” said Halling.

"A song contest so old, so hot and so loved by so many viewers is unique. It´s a real honour for ABBA The Museum at Pop House that together with the EBU get the chance to show this colourful exhibition for fans, friends, media and artists from back in the day until now.”

The exhibition will feature an empty space to be filled by the winner of the 2016 Eurovision Song Contest which will be held in Stockholm on 10, 12 and 14 May. After the Grand Final, the winning artist(s) is invited to visit the museum the next day and place one item from their performance in the exhibition.

Visitors and fans are encouraged to use #ABBAEurovision on social networks when discussing the exhibition.

About ABBA The Museum & Pop House

In May 2013 Pop House opened its doors and the house has since then welcomed over 1 million visitors. Pop House is home to the world-renowned ABBA The Museum exhibition, which presents the history of Sweden’s all-time greatest pop group. The building also houses the History of Swedish Popular Music exhibition, featuring Roxette, Robyn, Ace of Base, Europe and some 400 other Swedish artists. Here, there is also the Swedish Music Hall of Fame, with new contributors to Sweden’s music heritage inducted each year. On the 7th of May European Broadcasting Union and ABBA The Museum will inaugurate the new exhibition about Eurovision Song Contest. Tickets are valid for all exhibitions. Find out more at pophouse.se 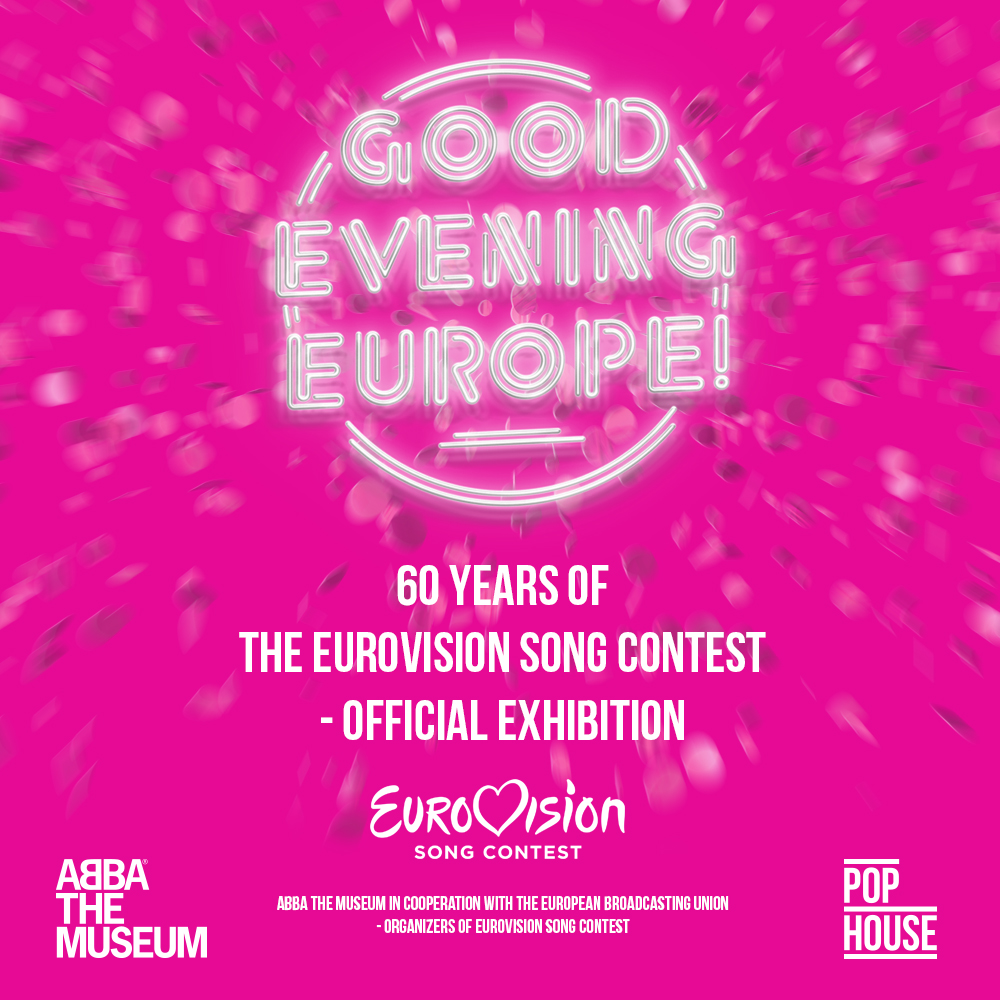