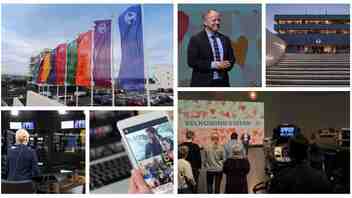 The board of directors at RÚV, which is solely responsible for hiring the new Director General, voted unanimously in favour of the appointment.

Stefán Eiríksson has been the chief administrative officer at the City of Reykjavík since December 2016. Before that, he was head of the capital region police force. Stefán is a lawyer by profession, with a degree from the University of Iceland.

Stefán has extensive experience in management and operations as a manager of public sector agencies for a decade; as office manager and as acting ministry head, as well as being a board member and chairman in public sector companies, as the head of the Reykjavík city welfare division, and most recently as chief administrative officer and acting mayor of Reykjavík.

Stefán completed his official examinations at the University of Iceland to become a lawyer in 1996 and as a district court solicitor in 1997. He has also completed various management courses, including at the Bloomberg Harvard City Leadership Initiative.

A total of 41 people applied to be the new Director General. The position was advertised last November following the resignation of Magnús Geir Þórðarson who left RÚV to become the Creative Director of the Icelandic National Theatre.