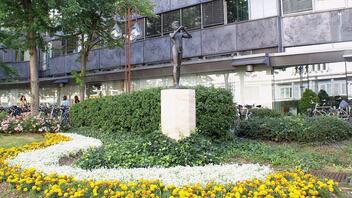 The European Broadcasting Union (EBU), the European Federation of Journalists (EFJ), and the South East Europe Media Organisation (SEEMO) are concerned by the proposed changes to the funding of public service media in Slovenia and the extremely short period of five days envisaged for public discussions.

The proposed Law on amendments to the Slovenia Radio and Television Act drastically reduces finances for Slovenian public service and marginalises its role in the future. Changes are also being proposed to the Mass Media Act and the Slovenia Press Agency Act.

RTVSLO has already been facing financial challenges with the current licence fee, which has not been changed since 2012, while the content and platform demands have been constantly increasing. The suggested changes to the funding of RTVSLO will result in a significant decrease of RTVSLO's budget of around EURO 13 million. This will jeopardize and greatly challenge the fulfilment of public service media's remit which, as defined by the Law, has to serve all segments of society to inform, educate and entertain.

EBU Director General Noel Curran says: “We are profoundly concerned about the future of public service broadcasting in Slovenia. We have written to the Slovenian authorities today to raise our concerns and ask them to provide more time for proper public discussion of the changes to funding to ensure all views can be heard.

“RTVSLO is an important democratic institution which significantly contributes to democracy. It should be guaranteed adequate, stable and predictable funding to help it fulfil its important remit to society."

EFJ Director Renate Schroeder said: "The independence of RTVSLO is at great risk if this draft law is implemented without amendments. The Slovenian public deserves better. Public service media is there to broadcast for the public, be financed and controlled by the public. The COVID-19 pandemic has shown once more what a critical role it has and how trust improves when working within an independent professional framework."

Oliver Vujovic, Secretary General of SEEMO said: "In these hard times we need more than ever a well-funded, independent and strong public broadcasting service in Slovenia. We need an open public discussion according to international standards, and all important stakeholders who may be affected with the change should have their say in the process."

EBU, EFJ and SEEMO urge the Slovenian government to prolong the time for a public debate and ensure appropriate funding of RTVSLO which will allow the broadcaster to serve its mission in society and remain independent of political influence.