Stories always help us through a crisis 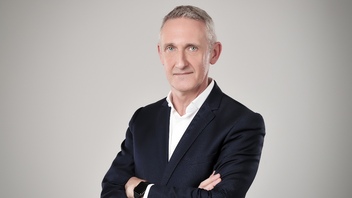 I have a passion for stories and a love for storytellers. That must be the reason why I landed a career in media a long time ago. Along the road I learned that the story wasn't radio or television (or digital today) but that the story is people, places and interactions.

When I was still working on the broadcasting side it was always my intention to show real people, with real stories and real emotions. Media should mirror both the happy and challenging moments of our lives. I called it authentic authenticity as "authenticity" was claimed by marketeers just as a means to sell. You can't put "grandmother's recipe" on a box of biscuits if it has been developed in a lab and not by someone’s actual grandmother. Recently, and continued today, the COVID-19 pandemic has been an extraordinary time for stories and storytellers. People, places and interactions were challenged during lockdown and today when we struggle out of this crisis.

Crises have always inspired creatives to great works of art. Albert Camus' "The Plague" would be too simple to mention, so let me give you a personal example: “The Diary of a Young Girl" by Anne Frank. It had a huge impact on me as a kid. It gave me a glimpse of what it meant to be at war and it made me realize how fortunate I was to grow up as a boy in the '70s. Anne Frank stands for all the kids at war today and is an inspiration for the other kids reading her at school.

Early on in this pandemic, I turned to one of my favourite authors, Paolo Giordano, best known for "The Solitude of Prime Numbers". Also a physicist, during lockdown in Rome he wrote the essay "How contagion works". He made me understand what this “new war” was all about: "The world is still a wonderfully wild place. We think we have explored all of it, but there still are microbial universes about which we know nothing, interactions between species that we haven't even begun to imagine. Our aggressive behaviour towards the environment increases the likelihood of coming into contact with these new pathogens, which until now were happily confined to their natural niches".

Public service media have a tradition of producing, collecting, curating and sharing stories. It is a craft and we excel at it. Bluntly stated, we thrive in times of calamities.

During confinement I have found a lot of comfort in the music composed by Tan Dun’s Prayer and Blessing and Max Richter’s Sleep, broadcasted by many of our Members and much appreciated by audiences across Europe.

I have seen a creativity boost in the last few months. Stories told in the moment and produced from the bubble.

I have seen audiences, forced to stay in their homes, bonding with others on the platforms we provided, offering the view from their balconies to communicate in new ways.

I have seen fake news thrive – never waste a good crisis, trolls think – but trust in our news brands grow to record numbers.

I have seen young audiences reconnect with public service media and perhaps for the first time understand the ‘why’ of our mission and values.

In the end, the BBC's good old adagio to "inform, educate and entertain" still stands.

Recently I have gone back to one of my favourite trendwatchers, John Naisbitt, who in “Megatrends”, published in 1982, predicted that “Europe would become nothing more than a historical theme park people will visit for its bucolic and architectural splendour”. I'm happy to be European and to celebrate the values we hold in high esteem. I often revisit our own EBU values and cite them to check in where we are: universality, independence, excellence, accountability, diversity and innovation.

Globally we face a health crisis, locally I see media systems fail. Polarization is thriving in the United States. Public service media need to be a cornerstone of democracy. Therefore we must protect our EBU values by all means and we must fight for all European politicians to underwrite these values.

I hate it when they say that media is power. I prefer to say that media has impact and, as public companies, we want to make this world a better one. "Eurovision: Europe Shine A Light", the programme reached over 70 million people and was a ray of hope that we would overcome this crisis.

Europe, shine a light, let that be our mantra as this crisis is not yet over.