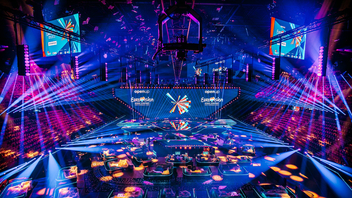 Two years in the making…the 26 broadcasters whose artists will compete to win the 65th Eurovision Song Contest (ESC) in the Grand Final on Saturday 22 May are now known.

20 countries have qualified from two nail-biting Semi-Finals, hosted by Dutch Members NPO, NOS and AVROTROS in the Host City of Rotterdam.

The 20 Semi-Final qualifiers join France (FT), Germany (ARD/NDR), Italy (RAI), Spain (RTVE) and the United Kingdom (BBC), as well as the Netherlands, as Host Country, who all automatically qualify for the Grand Final.

The result of each Semi-Final was decided by adding together the votes of national juries in each participating nation with telephone votes from viewers.

450 journalists were accredited to attend the event in Rotterdam in person, while a further 750 were able to cover the show in a brand-new online press centre.

The full list of competing songs and artists can be found at the official ESC website, eurovision.tv.

“After the disappointment of 2020, that the 65th Eurovision Song Contest was able to go ahead is a tribute to the Dutch team of Host Broadcasters - NPO, NOS and AVROTROS – who have worked hard to ensure that, despite challenging circumstances, the Grand Final will provide the excitement, innovation and drama that 180 million viewers have come to expect. The artists have similarly delivered amazing performances – the standard has been incredibly high from everyone,” said Martin Österdahl, ESC Executive Supervisor.

“We now know which 26 acts will be competing to win the 65th Eurovision Song Contest and we are all looking forward to what promises to be a fantastic Grand Final on Saturday.”

The Grand Final of the 2021 Eurovision Song Contest, featuring 26 songs, will be held on Saturday 22 May at 2100 hrs CEST. The event will be broadcast in 39 participating nations by EBU Members and also being shown in Canada, Kazakhstan, Kosovo, the USA and online to millions on eurovision.tv: