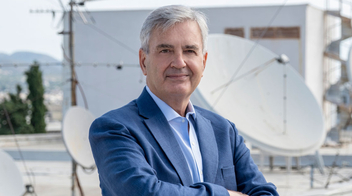 What are your conclusions after two years at the helm of ERT and what have been the main challenges and opportunities?

I arrived at ERT two years ago, together with a new board and management team, to organize a new structure for the company. ERT had experienced 10 very difficult years: Greece was coming out of the financial crisis and the austerity programme had had a significant impact on society, the public sector and, of course, on ERT.

So, my first action was an internal assessment of ERT’s reputation at a vulnerable moment that was still marked by memories of the shutting down and reopening of Greece’s public broadcaster. Many EBU Members may remember a period of turmoil, instability and frequent management change at ERT.

In this context, we commissioned a survey in January 2020 to assess the public’s perception of ERT. The findings were that the ERT brand was old-fashioned, uninspiring and generated indifference. People did not understand why they were paying a monthly fee. Audiences were low, amongst the lowest in the EBU, as was the case with the licence fee. In short, ERT had no impact with the public.

Investment at that time was low on all fronts: content, infrastructure, technology and digital. So, we got to work on restoring balance and embarking on positive initiatives while seeking efficiency measures.

We started by putting together a 5-year strategic plan that set a new course and defined which areas needed most attention. We wanted to regain public trust and credibility and, of course, have the funding to achieve this in an efficient manner. We are currently in the implementation phase, creating a structure to support our business plan.

A second survey, in January 2021, just one year later, already showed positive results and a substantial change in public perception. People had noticed improvement and a modernized way of how we appeared on air and were engaging with audiences. We reintroduced drama content and entertainment that had been absent for years. People started coming back to us again. We brought back original content, and news became more credible and trusted. And this was in the middle of the pandemic when ERT2 educational television, for example, achieved high ratings in November 2020, which also meant we were reaching younger audiences.

We have seen how the impact of Covid has had a positive impact on PSM audiences in Europe and increased trust in PSM. How was it for ERT?

The Reuters Institute survey on the state of journalism in early 2020 ranked ERT in ninth place in Greece for brand credibility amongst other news outlets, including commercial television, newspapers, online, etc. In the same survey one year later, ERT had moved up to third position and was first amongst radio and TV. This was a massive achievement that showed how much we had achieved in one year.

There was certainly a Covid effect, with ERT recognized by the public as a trusted partner and credible voice during the pandemic. We increased the number of news items, giving them prominence on all platforms, and we became a credible voice, with substantial quantity and quality of trusted information on health-related topics. The challenge now is how to keep and enlarge these audiences.

ERT is undergoing substantial structural reorganization and digital acceleration under your leadership. What are the challenges?

Our five-year strategic plan called for a new direction and an urgent need for transformation. This meant revising all our processes and modernizing our operations, from content creation to distribution, as well as internal tools, with the aim of publishing and distributing content in the way the public expects.

The main questions to address were how to organize and operate an organization with less paper and bureaucracy and how to reorganize our distribution platforms to reach audiences via new devices. And digital transformation is at the core of all this.

We have huge structural challenges at ERT. When I arrived, we were still using video tape, believe it or not. For some reason, infrastructure had been really left behind in the company. We were still producing in SD, and there was an urgent priority to accelerate transition. We have made significant strides here and are now completely High Definition and tapeless.

We also had to digitize internal operations in order to make everyday processes as effective and productive as possible. Our Information & Technology Department undertook a huge task, which was accelerated by Covid. Going paperless calls for a mindset change, adopting a more agile way of doing things, sharing information to increase efficiency. We are halfway through this process and have a clear vision of where we want to be, and this means a review of the workflow at every stage of our operations, in programming, distribution, etc. We have to look to the future of our work with a new mindset and without fear of change.

On innovation and success, ERT’s Ertflix OTT platform quickly captured a significant audience. What was your model for this?

When I arrived at ERT, there was already an HBBTV platform, which was branded Hybrid TV and ran as a technical pilot.  We relaunched Hybrid as a fully-fledged OTT platform, which we named ERTFLIX, as a flagship project in 2020 ahead of other competitors in Greece. ERT had gone through a new approach, renewed look, investment in new programmes and content, technical developments and improved quality, so the ERTFLIX launch was a natural fit.

The launch took place when we were already into the pandemic. Netflix had already had a significant increase in subscriber numbers and audiences were picking up that you can have a smart television to watch TV, but you can also watch content on laptops and other screens.

And then ERTFLIX arrived. When I joined ERT, the new media department was focusing on the technical aspects of hybrid television. Whereas this was great on the technology front, there was something missing on the content and the communication/marketing fronts. We knew it was key for our audiences to access rich content when, where and how they wanted, in an interactive manner.

We undertook to educate the public, developing our model in-house to bring content to all audiences with our own IP-based, on-demand platform and making it available to viewers free with more than one technical option, be it hybrid broadband broadcast with red button, or with an application, just like Netflix. Audiences don't watch technology. They watch content and the key for ERT was to have a rich ecosystem of content ready before we launched.

ERT is the richest content owner in Greece, with the biggest archive in the country and a large number of linear channels. We produce our own shows and were also re-investing in drama production and renewing across the organization. Suddenly, we had this rich ecosystem and were ready to go and communicate about it. It took off easily, as people and the media started to talk about it!

In fact, the name ERTFLIX does not fully describe our product because our platform is much more than “flicks”.  It includes the entirety of ERT’s content and more, offered on-demand, streaming of all ERT linear channels as well as streaming of additional ad-hoc sports and ERT news content.  The name ERTFLIX was catchy and helped explain this new ERT digital distribution “channel” to the public.  In terms of timing, the pandemic certainly helped as people were at home and thirsty for content. About a year and a half later, half of the television homes and devices in Greece were connected to ERTFLIX and numbers have gone higher since then. In early 2021 ERTFLIX was the second VOD platform in the Greek market, behind Netflix.

ERT is about to launch a Digital Transformation Peer Review with the EBU. How did this collaboration emerge?

I chose to do this project with the EBU because I really need our organization to understand the importance of digital transformation. I am trying to engage in different ways and at different levels. I believe that the EBU digital audit initiative has the potential to be a catalyst to help us and Members understand where we stand on this journey. At ERT, we have accomplished many things to be proud of in a very short space of time, including on the digital front, with new platforms, new tools, a new way of thinking and engaging with the public. But we still have a lot more to do, with many questions to answer in strategic areas, including how we position ourselves on social media to connect with younger audiences and how we project ourselves in a fully digital future. These and many other questions will shape the directions we take to change.

The EBU’s Digital Transformation Initiative is a good opportunity to bring the EBU team to ERT to ask questions that help us understand where we are today and where we want to go. We can learn from and share expertise with other EBU Members that are already on this road. How things have worked for them will help us understand where we stand and what pitfalls to avoid. We're not fearful to be open as this will further accelerate our efforts to develop our digital strategy, from internal IT tools to the way we produce and distribute content to audiences. We have accomplished many things to be proud of in a very short interval of time, but there are still a lot of things that need to be done.

We look forward to this initiative with the EBU and are ready to go. 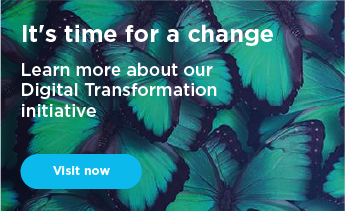