MEMBER DG INTERVIEWS published on 19 May 2022 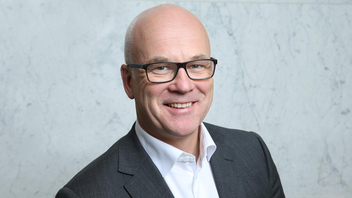 Thor Gjermund Eriksen shares reflections on NRK’s development under his leadership: why “trust isn’t built during a crisis” and public service media (PSM) must learn to “love unpredictability”.

NRK embarked on a significant digital transformation under your 10-year leadership. What were your main achievements?

I joined NRK in November 2012. It’s difficult to sum up how significant and deep the changes in the media industry have been, and how different NRK is today. We used to have 30-40 digital staff. Today, our digital unit is ten times the size. There are 20% fewer people with permanent contracts and NRK works more and more with people outside the company. Everything has been about speeding up while at the same time increasing quality in all processes.

In 2021, NRK had the best reach ever. We had never reached so many Norwegians before, so many times every day. We also began to turn the corner with younger audiences, whose trust and use of NRK are growing, although NRK continues to closely track this  demographic and how they engage with public service media.

NRK’s position in Norway is strong. We’ve been able to fight back in terms of reach and now operate the country’s leading streaming service which is bigger than Netflix and HBO. The way the audience consumes NRK content is totally different to seven years ago and I’m sure the focus will be on keeping this position and being mindful that for anyone younger than 55, audio and video streaming services are stronger than linear.

I am often asked to explain how trust in NRK increased during the pandemic. I don’t believe you suddenly build trust in the middle of a pandemic or a war. Trust is about the quality of your work during all the years when there is no pandemic or no war. NRK needs to be important in everyday life at all times. Building audience trust is a long-term process and not about reaction in a crisis.

What are the major challenges today in PSM?

When it comes to internal challenges, I believe leaders need to prepare their organizations for unpredictability. We all need to be better prepared for shock. Whereas we don’t know when a crisis will come or how it will hit, we know it won’t be when or how we expect it. What is more likely to strike next are new competitors or new technologies that offer audiences new ways to consume content. And this is one of my main messages to PSM organizations: we must embrace unpredictability and shock. Do not misunderstand me, I don’t love conflict or pandemics, but I do admire an organization that is prepared for meeting unpredictable challenges.

In our industry, the main external challenge is to strengthen our platforms and brands, fight back for editorial control and against tech giants who act as intermediaries between broadcasters and their audiences. This is about trust, editorial control and being less dependent on Facebook, Google and Apple. Whereas this challenge used to be mainly about video, I see it spreading to audio, including radio content and podcasts. And the challenge isn’t easier because Spotify is a European company.

How would you define a winning position towards Tech Giants?

You can’t avoid the Tech Giants, so you have to find ways to connect with them. Fortunately, in Norway, the new Minister of Culture has been very engaged on this issue. NRK works in close partnership with the Norwegian government and other media companies to shape a common position towards Tech Giants and strike a balance between their innovative positions and the independence of the media sector. This is a difficult exercise, especially as the representatives of Tech Giants in Norway don’t have much influence on their organizations.

NRK took a strategic pivot with regards to these players: we communicated very clearly within our organization and to the public that we will withdraw our content from global platforms. Our objective is to strengthen our platforms with more and more exclusive content and to use global players only to target specific age groups.

These companies are clever and extremely powerful. If you compare the economic size of Google, Facebook or Apple to a State, they would rank among the 20 biggest nations in world. They are not evil however their power must be contained. This is where the role of the EBU is pivotal. Together, we can combine our strategic efforts at national and international levels to fight for a common position regarding regulation of global players.

What is your relationship like with other media in Norway?

Before I joined NRK, I was CEO of one of the biggest private media in Norway, and before that, almost 20 years ago, I was editor-in-chief of one of Norway’s biggest newspapers. On a day-to-day basis, NRK has a constructive cooperation with the private sector. We are open-minded organizations who meet regularly and listen to one another’s challenges. The way we collaborate on topics like Tech Giants is a good example: the Minister of Culture invites all media companies to attend a meeting prepared and aligned. If all stakeholders had come to the table with their own different views and three or four bullet points, then politicians would have ended up with 40-50 priorities - in other words no priorities. We needed to set up a process to achieve common views and decide together our top three priorities for Norway’s media industry. This process has been effective for politicians and good for the media.

However, when it comes to debate on the concept of public service, private media are capable of weighing in, especially when politicians challenge a remit or funding. I believe PSM are on strong ground because evidence shows their positive contribution to the media market as a whole, to democracy and to all audiences. PSM should not downgrade their ambitions because of some political opinions. We must stand up for our values. Unlike many European countries, this tension is not very strong in Norway because private newspapers, local media, commercial TVs have managed to transform their business models, develop digital products and see their results increase. Private media in Norway are smart and that is fundamentally positive for the media industry, including public service media.

How do you see the role of PSM in divided societies?

I love the concept of public service media and our remit. PSM contribute to the cultural diversity and social cohesion of a country and are the cornerstones of every democracy.

I was the eighth Director General of NRK since the Second World War. After World War II, in many countries, public service was part of the effort to build the nation, telling people how they should live, what is right and wrong, forcing an homogenic way of life, shaping society to the line of the majority of politicians. At NRK, we are not proud of how we treated minorities during this time. They were oppressed and their language and culture weren’t respected.

Today, our role is the opposite: we encourage acceptance and respect of differences as a glue in society. It is really a big change in PSM responsibilities: our role is to fight for the right to choose your own life. I’m not a religious person, but I really fought at NRK for all people to be able make their faith visible. Today we live in a multicultural society and we need to better mirror this. Of course, some people, some parties, some politicians have criticized NRK for taking this position. But we have stood up for our ambition to build acceptance for diversity and will show diversity as it is. I like saying that NRK’s ambition is to be a common arena where everybody in Norway can watch someone who, in some way or another is like themselves, and listen to opinions they can recognize, but also listen to opinions that will challenge them.

To fulfil that ambition, NRK needs broad coverage and to be able to reach all Norwegians every day. But even in Norway, which is fortunate to be one of the wealthiest countries in the world, there are concerns with some groups, including people outside cities, people with lower education. So even here in Norway, NRK must remain realistic about its ambition.

On NRK’s new funding model, do you think it is a sustainable model for PSM?

In October 2013, Norway had a new conservative government which started a tough debate around NRK’s funding and limiting its remit. The government remained for eight years and with time became more and more supportive of public service.

I must admit I was hesitant about any change to the license fee model that we wanted to keep because we believed it was the best way to secure NRK’s independence. Despite having to collaborate with six Ministers of Culture in eight years, we gradually changed our view for a number of reasons. It was more and more unpopular to issue 2.2 million bills twice a year. And it was more and more difficult to justify the legal framework: were Norwegians paying for the linear and online content? We constantly had to explain, and this was damaging our image and reputation. We came to realise that if politicians want to undermine public service there are thousands of ways to do this, and no funding model can protect you. So, our strategy developed into how to convince our audience: if NRK makes its audience happy, then the politicians are happy. Therefore, as long as you can keep this position, and adapt your content to maintain audience engagement, your strategy is sustainable.

As long as politicians take decisions on a medium- to long-term period of three or five years, funding through the State budget is a more secure model than the license fee. NRK’s funding for the past years has actually been predictable and reliable. If it were still operating under the license fee today, it would likely have suffered a decrease of EUR 20-30 million because politicians wouldn’t have funded an increase of the fee in the middle of a pandemic. However, under the new model, funding is planned for four years and has been 100% respected.

I also appreciated the openness of the process. For example, our four-year funding plan initially started in the same year as general elections. I proposed to the Minister of Culture that the discussion on funding and remit should be in the year after the elections. It was not in the interest of anyone, neither the government, nor NRK, nor the public, to have this important discussion when the focus needs to be on covering the elections. NRK is the biggest and most democratic arena during election campaigns, and this is what matters in election year. The Minister agreed immediately.

You left NRK at the end of April. What is the accomplishment you are most proud of during your 10 years at the helm?

Looking back on a decade at NRK, I see that the importance of impartial, independent, broad and trustworthy public service media has grown day by day, especially over the past two years with the pandemic and now with the tragic war in Europe. Therefore, I am quite optimistic for NRK now that the majority of politicians understand and better see our value. As long as NRK keeps audience trust, I’m optimistic for the future.

And I want to be optimistic for PSM too: it must constantly adapt, increase quality in all its processes and not wait for politicians to shape the agenda. However, I’m not naïve; whereas NRK is in a good position in Norway there are negative indicators elsewhere in Europe, even until very recently in neighbouring countries, such as Denmark. Although the picture is mixed in Europe, I refuse to be pessimistic. We cannot allow ourselves to be pessimistic until we’re certain we’ve done all we can ourselves and together with the EBU.