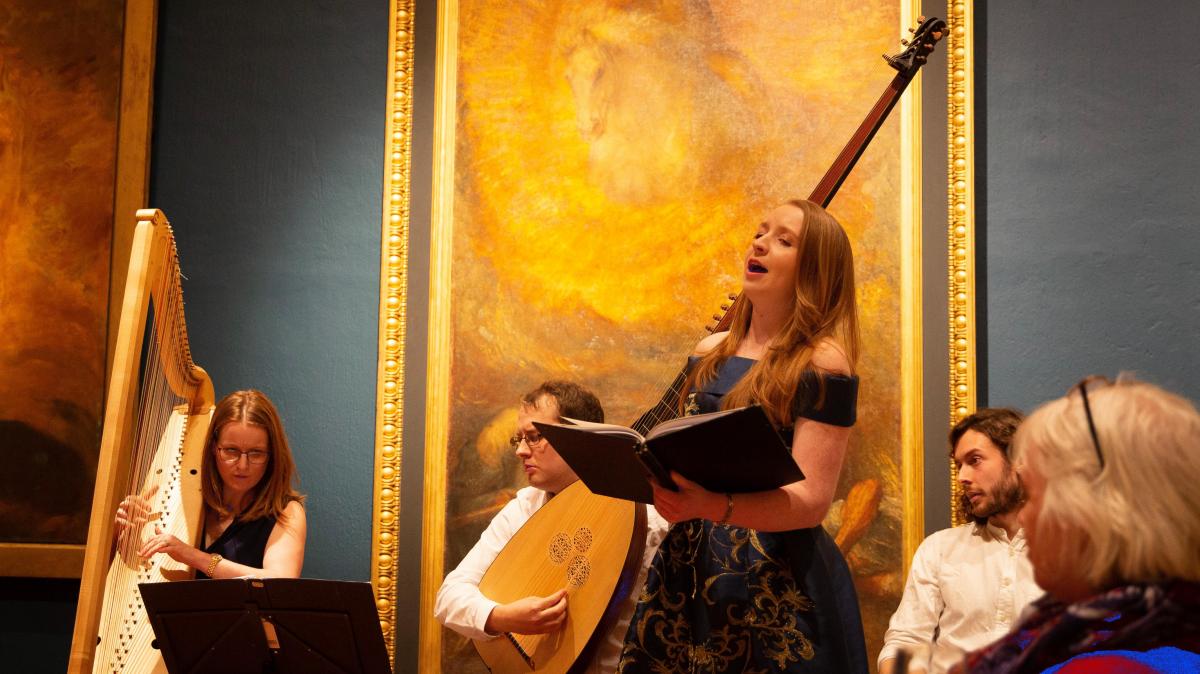 Laurie Stras is a musicologist and Professor of Music at the University of Southampton. She is co-director of two early music ensembles, Musica Secreta and her amateur female-voice choir, Celestial Sirens. On the occasion of International Women's Day, she presents rediscovered madrigals by Italian Renaissance composer Maddalena Casulana, which will be performed by the Fieri Consort and broadcast by BBC Radio 3 live from Kings Place, London. We asked her 3 questions about her fascinating findings.

Q: Tell us the story of the rediscovery of the lost Alto partbook of Maddalena Casulana’s 1583 First Book of five-voice madrigals. Where was it hidden? In what way is it one of the most important discoveries of recent years?

A: Before 1945, there had been a complete set of the Primo Libro a cinque in the library in Gdansk, but the Canto and Alto disappeared at the end of WWII. I was researching a project that mentioned Casulana in brief, and I wanted to find reproductions of the remaining partbooks, knowing that a partial set in Vienna might have been available.

I was scrolling through an online bibliographic aggregator when I discovered there were two books by Casulana in a Russian library catalogue that had recently been added to the database. With the help of Google Translate and then my colleague Marina Frolova-Walker, I was able to obtain reproductions. I realized then that they were the partbooks that had gone missing from Gdansk. So, I created an edition I could give to a mixed-voice ensemble (my own female-voice ensemble, Musica Secreta, would not be suitable).

I have made important discoveries before, but this one excites me in a unique way. While we knew that Casulana had composed five-voice works, our appreciation of her has been based entirely on her four-voice madrigals.  They are accomplished, no doubt, but they reside in the world of song – most are easily realized as solo song or duet.

The five-voice madrigals, however, show Casulana was a true master of polyphony, and that she was also able to create large musical architectures through harmony and texture. They reveal her to be absolutely equal, if not superior, to her male contemporaries and worthy of the praise she inspired.

Maddalena Casulana left us at least 66 madrigals. How was she inserted in the music world of the 16th Century? Was her work then recognized by her peers? What type of relation did she have with composers of her time?

Casulana was celebrated in her lifetime as a teacher, singer, and composer. Her contemporaries praised her in print and dedicated books to her out of admiration and gratitude. While not unheard of, this sort of recognition is unusual, ordinarily only granted to musicians of the highest calibre. It is difficult not to conclude that Casulana was elevated like this because she really was that much more gifted than her peers – it’s quite a modern observation that women need to be substantially better at their jobs to advance in male hierarchies, and I don’t think it was much different in the sixteenth century.

Casulana’s considerable skill may also have been a factor in her ability to navigate the social peril to which most musical women, especially in the secular world, were vulnerable. The revelation of her five-voice book now begs the question, “How did she acquire her craft?” Clearly, she was expertly taught, probably from a young age: perhaps her family engaged a tutor, or perhaps she was from a family of musicians herself.  My colleague Catherine Deutsch at the Université de Lorraine has work soon to be published on this, and we hotly anticipate her news!

But Casulana inserts herself into her musical world, not just through the documented relationships with musicians in her adult life, but also in her music.  There are clear references to the madrigals of Cipriano de Rore in both her four- and five-voice books. I’m looking forward to spending more time studying her music.

On 8 March, Casulana's madrigals will be performed alongside works by another italian woman composer, Barbara Strozzi. Do you think there might be other forgotten women composers from the Renaissance period still to be rediscovered?

I am certain we will find more music by women composers, particularly as more libraries digitise their catalogues.  I didn’t just find the lost Alto partbook, for instance: there is also a previously unknown copy of the Canto of Casulana’s 1568 Primo libro a quattro voci held by a civic library in a smaller town in Italy. As more catalogues come online, we can expect to find more treasures.

We might find the missing parts of Cesarina Ricci de’ Tingoli’s only book of madrigals, or more individual madrigals in manuscripts or prints. I would love to find traces of Madama Bellina, the Jewish woman from Venice that Andrea Calmo said was equal to Josquin. We may even find documents that allow us to attribute to women some of the many anonymous works we know to be associated with convents.

But I’d also like to see a reconsideration of who gets to be called a composer, so that we may include them in our histories and concerts.  We can do this by looking first beyond Europe’s borders and influence. Other cultures are not so “music first” and their histories include women who created music that was not written down because their musical systems did not require it. I’m thinking particularly of Ma Shouzhen of Nanjing, and Mirabai, the Bhakti saint. If we, like their contemporaries, consider them to be composers, why should we not then give that title to the many women who wrote poetry that was sung to pre-existing tunes or contrafacted works?  This is my current focus with my own work.