The European Script Awards (ESA, formerly known as Prix Genève) honour the most original series and film scripts of aired productions written by up and coming writers.

Created in 1987 by the EBU in conjuction with the European Alliance for Television and Culture (EATC), the awards showcase new writing talent in the television industry. The awards are open to all national broadcasters and production companies based in Europe. This year's edition was held in collaboration with the Helsinki Script Festival.

This year's winners are:

MOST INNOVATIVE SCRIPT OF THE YEAR BY A NEWCOMER FOR A FILM: Tehran Taboo – ZDF (Germany) Written by Ali Soozandeh

MOST INNOVATIVE SCRIPT OF THE YEAR BY A NEWCOMER FOR A SERIES: Monster – NRK (Norway) Written by Hans Christian Storrøsten

An international jury, consisting of drama experts from Finland, Germany, the Netherlands, Slovenia and Switzerland, decided on the recipients of the two awards.

Jury comments on "Tehran Taboo": Tehran Taboo offers a fresh, beautiful and poetic description of everyday life in today's Tehran. It contains extremely sensitive storytelling about the repressed position of women in this society. The struggles, hopes and fears the women are dealing with are very real and raise the question whether this is a life worth living. The animation technique shows that there are yet new forms to explore when making effective drama.

For "Monster" the jury commented: Monster is a strong character-driven thriller drama, a very clever and emotional crime story. All the story elements stand in complete service of the story plot. From the complex characters, with their own fears, secrets, hopes and flaws to the beautiful desolated location in the north of Norway in which an extremist Christian religion can thrive in the community. It is simply by far the best told story.

Each winning scriptwriter was awarded with 5,000 euro prize and a Finnish design vase, provided by the City of Helsinki, during the Helsinki Script Award Ceremony on Friday 1 September.

Jeroen Depraetere, the EBU's Head of Television and Future Media said: “Both these scripts show imagination and creativity that demonstrate that public service media, in a highly competitive landscape, is continuing to provide audiences with innovative and thoughtful drama.” 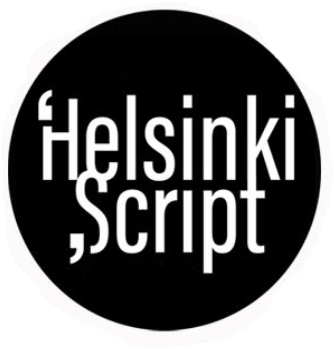