For the second year running, the EBU combined efforts to make the Eurovision #SayHi campaign happen again on an international level.

The campaign brought kids together on 19 November at 12:00 CET to celebrate inclusion and friendship with one clear message, ‘Say hi, be a friend to someone!’ – a message particularly important after the isolating effects of the worldwide pandemic and its impact on kids around the world. Children across Europe stood together, singing and dancing simultaneously to the 2021 common song “Dynamitt”produced by NRK, that all participating broadcasters were asked to adapt, translate and produce in their language.

Created by combining existing initiatives from EBU Members NRK and VRT, the Eurovision #SayHi Campaign aimed to get as many children as possible spreading a message of inclusion while celebrating diversity and focusing on the simple joys of friendship.

The campaign officially launched on 18 October 2021, with 10 participating broadcasters (NRK, KiKa/ZDF, LRT, France Télévisions, SRF, Czech Radio, Rai, RTVE, BBC, and RTE) publishing their official video clips and posting on social media using the hashtag #SayHi. They also provided their own coverage and related activities across a dedicated #SayHi common week that ran from 15 to 19 November.

The campaign reached its climax on Friday 19 November, with broadcasters and children throughout Europe uniting around the 2021 common song and dance; participating broadcasters covered the event with a mix of original content (UGC, Live shows and more besides) and contributions from other participants.

Shortly after the campaign, the participating broadcasters were asked to provide the EBU with feedback on the campaign's performance and impact in their countries.

This report provides an overview of trends and examples of their work, compiled from individual insights. 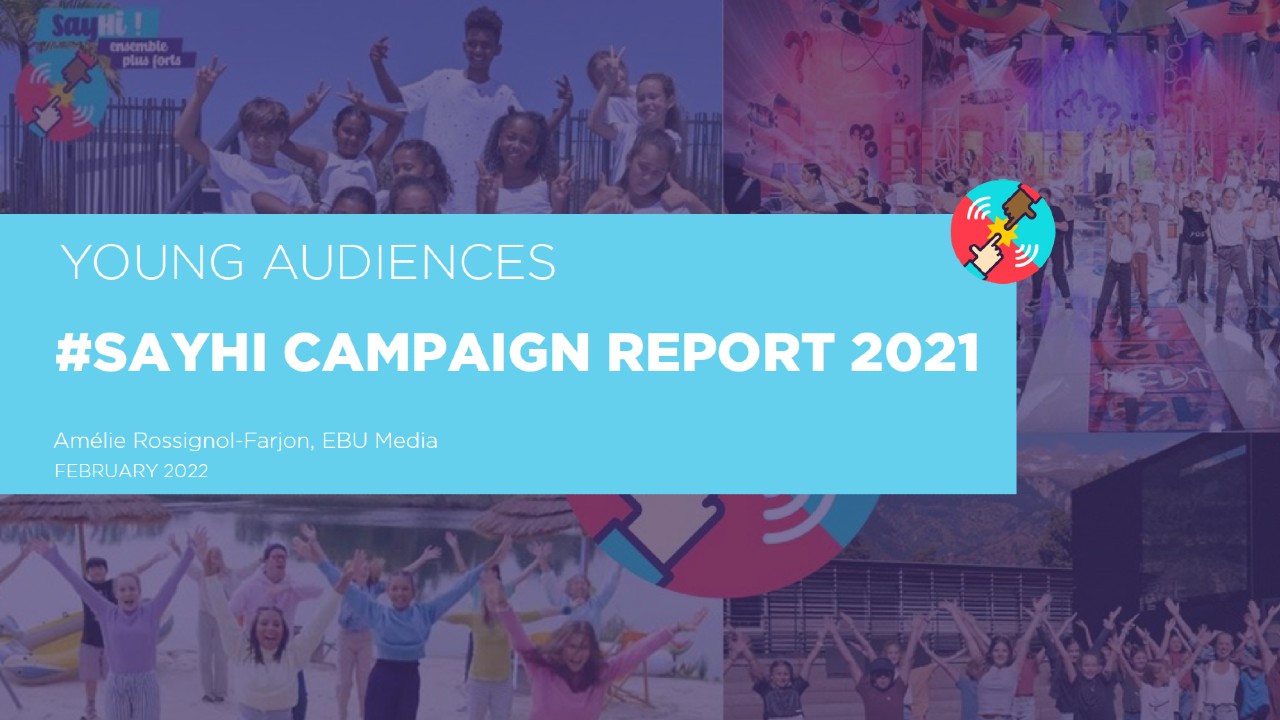