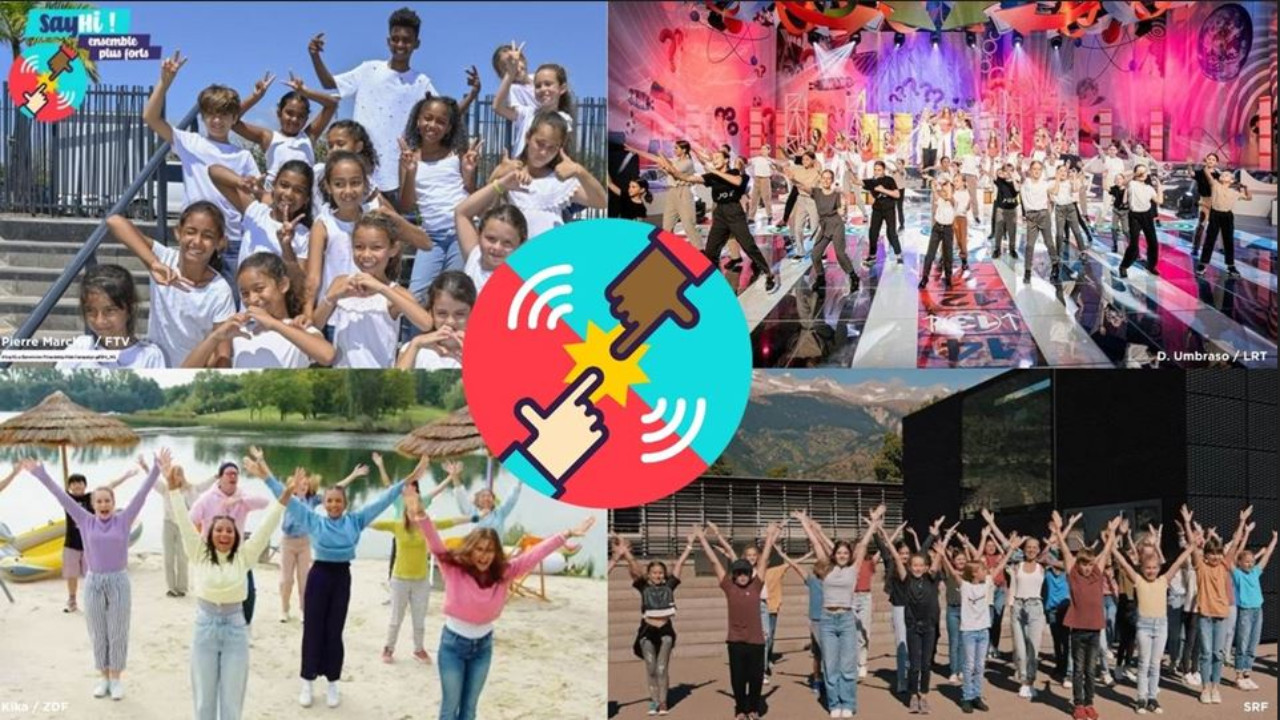 The common song produced this year by NRK “Den Ene” (“The One”) will be adapted, translated and produced by all participating broadcasters in their own language.

10 EBU Members will take part in the 2022 campaign, take a look at their songs and videos:

And watch the international version of the 2022 song.

The #SayHi campaign builds on the successful experiences of EBU Members NRK and VRT, who for several years have been promoting positive messages for children with local campaigns around friendship and inclusion.
In 2022, the EBU has combined efforts to make this experience happen on an international level.

The aim of the campaign is to create positive companionship that includes everyone and reduces children’s feeling of loneliness while appreciating the diversity and differences in all people.
The #SayHi campaign is an important moment for children to join together in a common dance to promote friendship and inclusion – particularly important after the isolating effects of the worldwide pandemic and its impact on kids worldwide.

On this occasion, participating broadcasters will publish their official video clips and posting on social media using the hashtags #SayHi and #WeArePeace, in order to emphasis a message of peace and solidarity.

More detailed information on the Eurovision Kids Friendship Campaign can be downloaded here.

In 2021, for the second year running, the Eurovision #SayHi campaign brought kids together to celebrate inclusion and friendship: children across Europe stood together with one clear message ‘Say hi, be a friend to someone!’

NRK has produced a common song for the 2021 campaign named “Dynamitt” that all participating broadcasters have been asked to adapt, translate and produce in their own language.
Children from the different broadcasters territories will then be invited to join the campaign and participate in the dance by learning the common choreography, also provided by NRK.

Ten public broadcasters took part in the campaign in 2021:

And watch the International Version of the song.

Members have provided their own coverage and related activities across a dedicated #SayHi week that ran from 15 to 19 November.

19 November was the climax of the campaign with participating broadcasters and children throughout Europe uniting around the 2021 common song and dance!

Learn more about the 2021 campaign in this report, where you will find an overview of trends and examples of the participating Members' work, compiled from individual insights.

Music and movement bring people together. Don’t be shy and #SayHi!