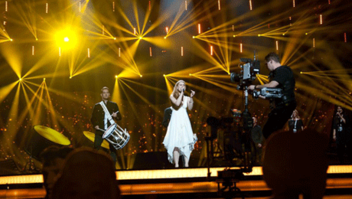 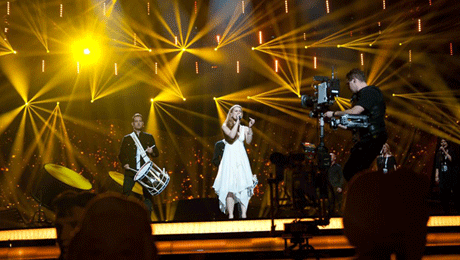 More than 170 million viewers in 36 countries* tuned into the 58th Eurovision Song Contest in Malmö, Sweden (14,16 & 18 May), which was won by Danish 20 year old Emmelie de Forest, with the song ‘Only Teardrops’.

The biggest increase was registered in the Netherlands, which reached the Final for the first time since 2004. More than 4.8 million viewers in the Netherlands saw singer-songwriter Anouk, who finished ninth – 3.7 million more than in 2012.

The show proved slightly more popular among women (57 percent)  than men (43 per cent).

Thirty-nine public broadcasters participated in the 2013 contest, which was transmitted live over the Eurovision and Euroradio networks via Swedish EBU Member SVT.

ABOUT THE Eurovision SONG CONTEST

The Eurovision Song Contest is an annual competition for Members of the European Broadcasting Union (EBU), which are the public broadcasters in their respective countries.

The first contest was held in Lugano, Switzerland, in 1956. Since then, the contest has become a true European tradition.

News and information about the Eurovision Song Contest is available on: www.eurovision.tv

Eurovision, operated by the European Broadcasting Union (EBU), is the industry's premier distributor and producer of top quality live sport and news, as well as entertainment, culture and music content.

The Eurovision satellite and fibre network is the largest and most reliable in the world directly plugged in to public service media everywhere.

Reach is based on the total number of people in 36 countries (excluding Armenia and Norway, whose figures are pending) who watched the Song Contest across the two Semi-Finals and Final for at least one minute.

The complete list of 39 competitors in the 2013 Eurovision Song Contest:

For more information on the event