EXECUTIVE APPOINTMENTS published on 26 May 2021 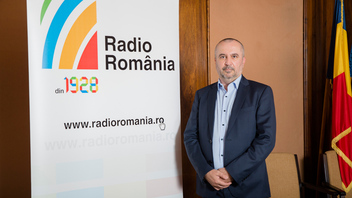 Liviu Popescu has been elected Acting Director General of Radio Romania (ROR). He brings with him extensive experience in the fields of media, public policy, lobbying and governmental affairs, crisis management and public relations.

He started his career as a reporter, editor and producer at Radio Delta RFI. He was also a producer at the Romanian section of the BBC World Service in London and editor-in-chief at the News Department of Romanian Television (TVR).

As editor-in-chief at TVR (Romanian Public Television), and a member of the Public Television’s Steering Committee, Liviu Popescu played an important role in implementing the first stage of TVR’s news digitization. Later, in the field of mobile telephony operators - Vodafone, Orange and Telekom - he represented and promoted industry interests to key regulators.

Liviu has also worked in academia, as an associate professor within the Faculty of Journalism and Communication Science at the University of Bucharest, teaching ethics and radio/TV production.