We consider Public Service Journalism to be key to building informed societies in the era of digital noise, disruption, disinformation and political pressures.

News and current affairs are the core and defining content for public service media (PSM). Informing citizens with independent, impartial, accurate and relevant news and helping them to better understand the world in which they live is crucial for a democratic society.

With the increasing challenges of the digital age it is even more important that PSM produces distinctive, quality and ethical journalism as a trustworthy source of information made available to all. PSM must also be an influential voice in the debate on disinformation, encouraging the support for professional journalism and ethical standards and working to develop technical solutions and  appropriate international policy frameworks.

To this end, the EBU is providing Members with an amplified voice, through industry partnerships, and indispensable services to sustain and support Public Service Journalism. 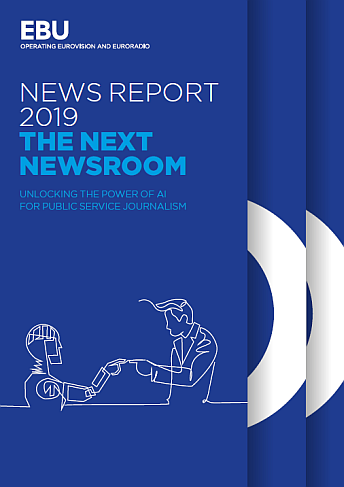 In this EBU News Report, we examine what the fourth major wave of digital transformation means for journalism. This new wave, after online, mobile and social, is defined by opportunities and threats of artificial intelligence and data technologies.

There is a lot of hype around AI but for those who see the real potential, it may be able to make public service journalism more valuable to the audience and more inspiring to practice. According to a recent study, the introduction of artificial intelligence into newsrooms is considered a matter of ‘significant concern’ by two-thirds of newsroom managers, second only to funding issues.

This report provides a comprehensive review of the current thinking on AI and journalism as well as practical case studies, checklists and tool-kits. We conducted 75 interviews with subject-matter experts from the worlds of journalism, technology and academia. We also studied relevant literature and articles and have been in close contact with leading authors who have published recently on the subject of AI and its relationship with the news industry.

As in the 2018 "EBU News Report: 50 ways to make it better", we have formulated our recommendations on the basis of concrete examples. Supported by 30 case studies and 10 checklists (containing links to relevant further information), this report aims primarily to provide strategic and practical starting points for any newsroom looking to move to a data-informed model or invest in artificial intelligence.

The report proposes actions to be undertaken in several fields affecting public trust and engagement: New media habits, societal change, eroding professional standards and the threat of political contamination and declining willingness to be represented by any institution.

They highlight ways in which the new technologies can be harnessed to assist the engagement with the audience rather than just seen as a threatening disrupter. For example, it pays off to actively include audience perspectives in strategic decision making, even if that means radical innovation and breaking journalistic taboos.

In late 2017, the European Commission set up a High-Level Expert Group (HLEG) on Fake News and Online Disinformation. The EBU was represented by Director General Noel Curran. The Group delivered its report on 12 March 2018.

The European Commission announced they would implement a set of measures, among them an EU-wide Code of Practice and an independent European network of fact-checkers, to combat the spread of disinformation (fake news) online.

However, the Sounding Board of the Multistakeholder Forum on Disinformation – of which the EBU is a member - delivered a damning verdict on the Commission's so-called 'Code of Practice'.

Read why the EBU believes the so-called Code of Practice fails to tackle the scourge of fake news.

The EBU will continue to provide the EU Institutions and key stakeholders with regular input, information and recommendations by identifying best practices, appropriate policy options and cross-industry initiatives to tackle the problem of disinformation and to help build citizens' trust.

By the end of 2019 the Commission will carry out a comprehensive assessment on the Code’s 12 month implementation. The Commission has announced that should the results prove unsatisfactory, they may propose further actions, including of a regulatory nature. 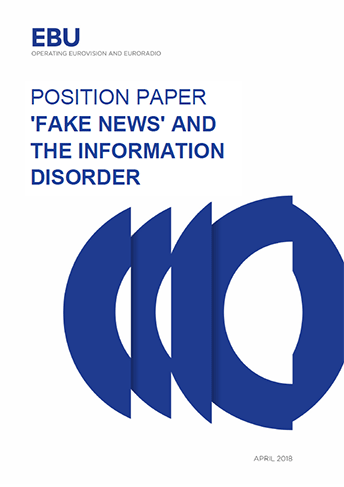 The Journalism Trust Initiative, which the EBU has launched with Reporters Without Borders (RSF), Agence France Press (AFP) and Global Editors Network (GEN), aims at countering online disinformation by supporting ethical journalism. To achieve that goal, already existing professional standards are being re-enforced by adding a – so far missing – mechanism that rewards respective compliance.

What distinguishes this initiative from others focusing on the value of trust is that it is setting the standards following the official procedure under the guidelines of the European Committee for Standardization (CEN).

The EBU is chairing the work of the Workshop Agreement on Accountability and Professionalism. Two other workshop agreements focus on Identity and Transparency (CWA I) and Independence and Ethics (CWA II).

The full project plan is available on the CEN website.

The Initiative took off to define a set of broadly accepted criteria of trustworthy journalism, based for example on transparency, verification and correction methods, editorial independence, audience engagement and compliance with ethical norms. Over 100 media outlets and other organizations have joined this process since its launch in 2018.

On 7 June 2019, JTI stakeholders adopted the resulting standard document for entering a phase of public consultation and pilot testing, due to start in July. The results will then feed into a final round of revision and, eventually, the release of a so-called CEN Workshop Agreement by the end of this year.

The public consultation phase will close on 18 October 2019. The implementation of JTI will take place from 2020 onwards and will include voluntary self-assessment tools for media outlets and an additional audit framework.

The outcome is non-binding for EBU Members, unless they themselves are registered participants in the JTI project with AFNOR.

The Standards Document will be published at the start of July on the CEN website.

The EBU's Investigative Journalism Network started in 2017 and has since grown to include more than 100 reporters from organizations across the EBU membership.

The aim of the group is to identify and promote investigative journalism projects that will lead its members to publications with clear impact in several European countries. It is also a place to exchange ideas through workshops (presential and online) and facilitate networking between reporters from different EBU newsrooms.

In collaboration with EBU Academy, the group also aims to explore opportunities for training sessions, aiming to share best practice between its members.

The first EBU Investigative Journalism Network workshop open to all interested Members took place in 2019, at the EBU Brussels office. It brought together 36 investigative journalists from 20 organizations who pitched stories that could benefit from working together with one or more EBU Members. This was followed by another topic-specific workshop, centred around Chinese activities in Europe at both an economic and political level. In 2020, the online pitch workshop brought together 30 participants from several organizations who discussed story ideas previously selected from member proposals.

Story groups were created for reporters to share research and news content on several of these stories.

Shortly after the COVID-19 outbreak started in Europe, members of the EBU Investigative Projects and Network (EIPN) started sharing content with each other to overcome the reporting restrictions imposed by the pandemic. Dozens of long-format stories were shared with footage from Spain, Italy, United States, Belgium, Austria, and France allowing journalists to access first-hand accounts of the situation in the frontlines of the outbreak.

The investigative journalists are to meet again in autumn to evaluate achievements and decide how to best work on the expansion of this valuable network giving EBU Members an unparalleled resource to quickly source information on the stories that matter.

Find out what's been achieved so far.

The activities in this area are led by the EIPN Steering Committee — an expert group reporting to the EBU Executive Board and supported by EBU News. The committee is composed of the following member organizations ZDF, VRT, NRK, DR, RTE, RTBF, YLE, NPO/Human, BBC, TVE and FT, and currently chaired by Olle Zachrison, Head of Digital News Strategy at Swedish Radio.

The network is open to all EBU Members, subject to prior approval by the EIPN Steering Committee. Eligible Members must meet the criteria defined by the Steering Committee which includes adhering to the EBU's Core Values of Public Service Media or having demonstrable investigative journalism expertise.

Cooperation with Council of Europe

The EBU cooperates closely with many international organizations in the area of sustainability of quality journalism and recognition of its importance to building democratic societies.

Among them the cooperation with the Council of Europe features prominently. The CDMSI (the Committee that deals with media) has created two groups of experts (MSI-AUT – on the impact of algorithms, MSI_JOQ – on quality journalism) that will deliver their reports at the end of 2019.

The EBU is also a member of the Council of Europe's platform for the safety of journalism and journalists which addresses threats and violence against media professionals as well as attacks on public service media.

The Parliamentary Assembly of the Council of Europe published a report and a recommendation on the role of Public Service Media tackling disinformation and propaganda (approved in January) and on media freedom as a condition for democratic elections.

Safety and Protection of Journalists

The EBU is dedicated to securing and improving the safety and protection of journalists in the EU. We tackle this important issue from three different angles:

The EBU Academy proposes a series of training programmes and workshops, open to both Members and other media outlets, to brief journalists on safety and security. We help broadcasters improve their staff security and their legal protection. Since 2004, the EBU Academy has delivered 72 training programmes on Safety & Security and trained 750 journalists from Members and beyond. The Academy also coordinates the network of security officers, where vital information on risk assessment is exchanged on a permanent and informal basis.

Our Institutional Relations department closely follows the Council of Europe’s (CoE) initiatives on the safety of journalists and other media actors. We are one of the partner organizations of the CoE platform for the Protection of Journalism and the Safety of Journalists, where it provides a special contribution to denounce threats and attacks against public service broadcasters.

We participate in UNESCO’s action plans and initiatives dedicated to the topic (e.g. UN Inter-Agency on the Safety of Journalists and the Issue of Impunity) and maintain contacts with other organizations such as the Organization for Security and Co-operation in Europe (OSCE) and the United Nations Office in Geneva (UNOG).

We also support all initiatives aimed at reinforcing the safety of journalists within multilateral fora, such as the International Federation of Journalists’ (IFJ) proposal for an international Treaty and the Reporter Without Borders’ (RWB) proposal for a special UN representative.

Furthermore, we sit beside some of our members on the International News Safety Institute (INSI) Board of Directors. INSI has in recent years launched some training initiatives, as well as initiatives addressing online bullying and advisories regarding safety in numerous locations. 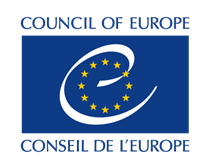 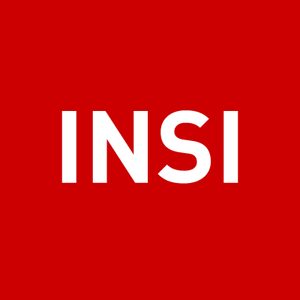 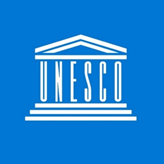