A healthy democracy is closely linked to a strong public service media, a new report from the European Broadcasting Union has shown.

The research shows that in countries where PSM is well-funded and enjoys a high market share:

If citizens also believe their public service broadcaster is politically independent, they tend to be more satisfied with their democracy. Healthy PSM is thus closely linked to its citizens’ state of well-being.

Dr David Fernandez-Quijada, Head of the EBU’s Media Intelligence Service, said the report also showed that strong PSM is well correlated with high levels of press freedom in a country.

“As free and independent media are key for a healthy democracy, a well-funded PSM that is valued by citizens makes a hugely positive contribution to society,” he said.

In a world where people’s trust in media and institutions is at an all-time low and people are barraged by fake news and disinformation online, PSM is where people turn for trusted news and information. Their news brands are among the most trusted in more than 80% of European markets.

“To protect European democracy, we must ensure PSM is well-funded and secure and easily accessible by all citizens across all platforms,” he added.

While the correlations shown in this report do not imply direct causation, the findings point out that strong PSM organizations across Europe can contribute to building healthy democratic societies. 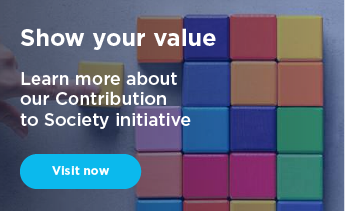